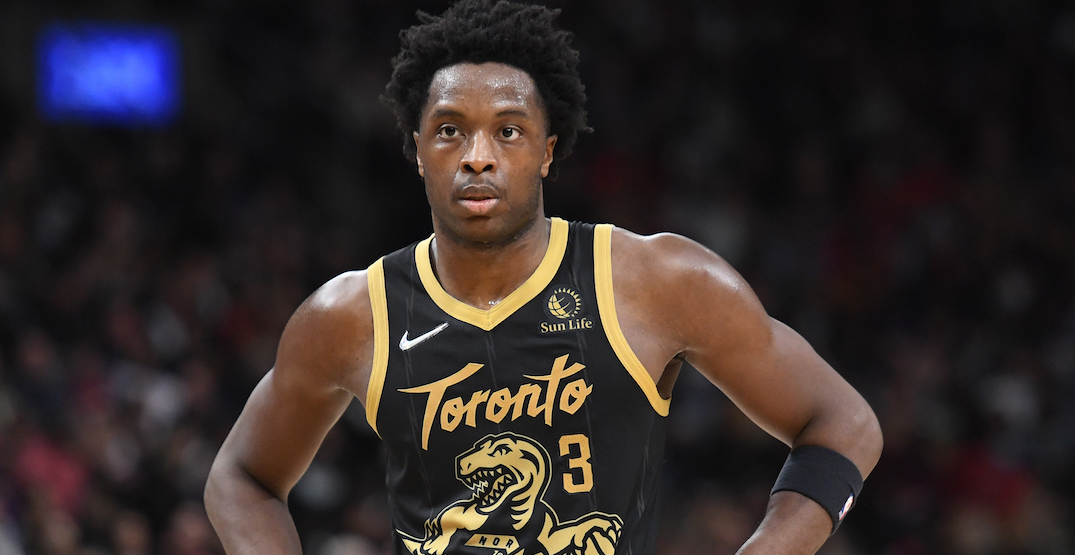 Yahoo Sports’ Chris B. Haynes reported on Wednesday night that the Portland Trail Blazers “are in pursuit of Toronto Raptors forward OG Anunoby with the No. 7 pick in Thursday’s draft in play.”

Portland Trail Blazers are in pursuit of Toronto Raptors forward OG Anunoby with the No. 7 pick in Thursday’s draft in play, league sources tell @YahooSports.

ESPN’s final mock draft has Dyson Daniels of the G League Ignite going to the Blazers, though much can change over the next few hours.

This isn’t the first time that Anunoby’s name has come up in trade rumours this offseason.

Bleacher Report’s Jake Fischer suggested that Anunoby might be unhappy with his role with the Raptors, with rival executives interested in acquiring him, including a link to the Blazers, who are likely to be active buyers this offseason.

While Anunoby hasn’t commented on them himself, his teammate Scottie Barnes has taken to Twitch multiple times to address the rumours: first laughing them off, then calling them “sickening”.

“I think if we talked about every call we got or player that we’re discussing, you know, we’d be here for hours,” Raptors general manager Bobby Webster said this week. “I don’t think (the rumours around Anunoby are) all that noteworthy.”

The draft begins tonight at 8 pm ET, and will be shown on Sportsnet and TSN.