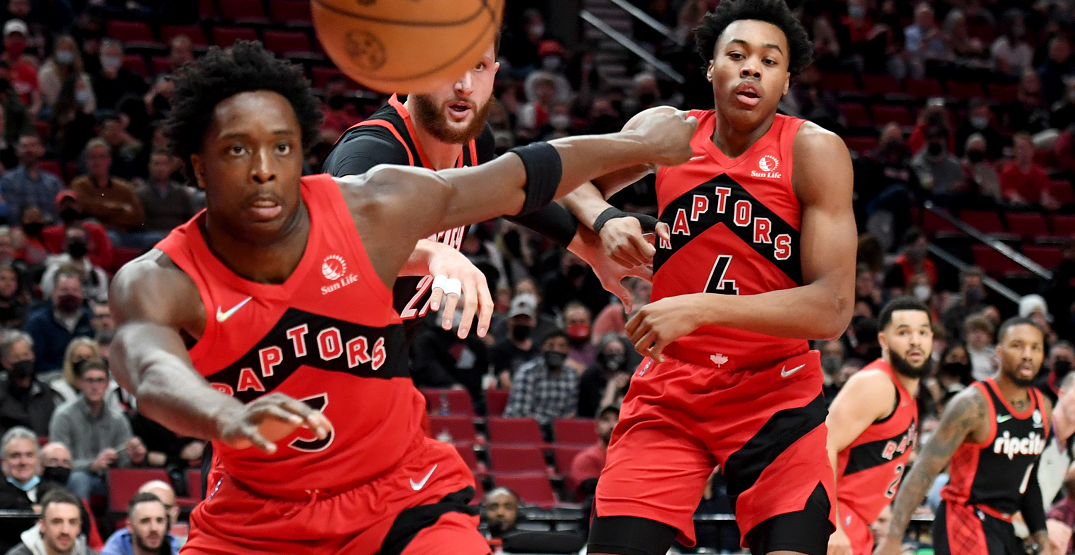 The 2021-22 NBA Rookie of the Year took to Twitch to voice his frustration with a rumour published by Bleacher Report’s Jake Fischer about Raptors forward OG Anunoby.

Two weeks ago, Fischer first floated the rumour that Anunoby is “unhappy with his role” with the Raptors, with “rival executives” reportedly interested in acquiring the 24-year-old.

At the time, Barnes left an Instagram comment on a post sharing the rumour, writing “Close source says it’s bad news”, adding a pair of laughing emojis to seemingly indicate there wasn’t much to go off of.

Fischer then followed up with an appearance on Nate Duncan’s Dunc’d On podcast, where he added that “there’s a lot of guys who are dissatisfied with their roles in Toronto”.

But during a Twitch livestream of himself playing NBA 2K22, Barnes brought up the rumours around Anunoby and the Raptors once again.

“Jake L. Fischer… why is Jake L. Fischer following me gang?” Barnes asked his viewers while holding up his phone to the camera. “There’s no way the man thinks it’s cool to follow me after he’s putting out bad [reports] bro. It’s sick. Talking about my boy wanting a trade. It’s sickening… you gotta do better, fam.”

Whether the rumours are to be believed or not, at least one thing seems clear so far: no matter how many reports come out about his teammates, Scottie Barnes will always be there to shut them down.