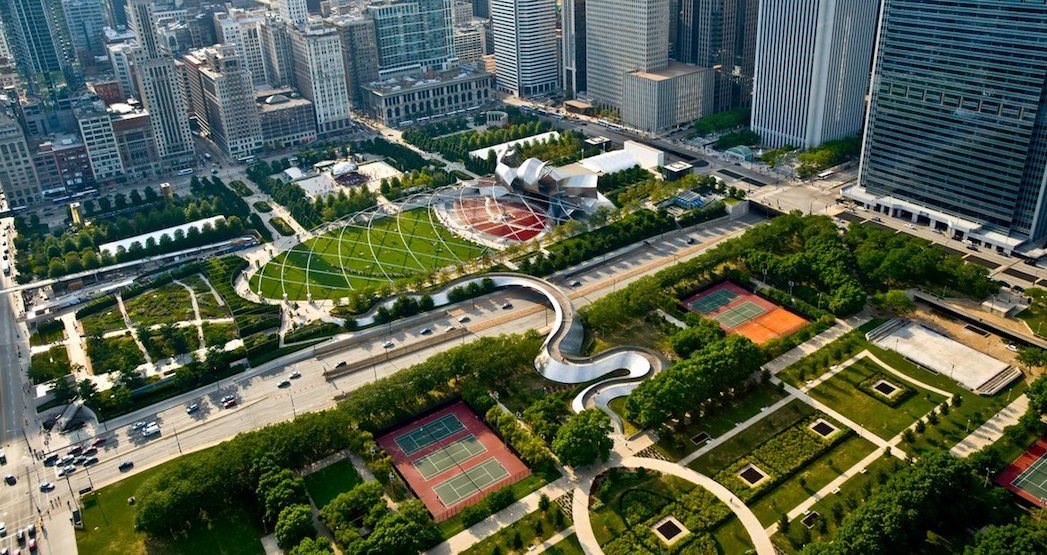 During this week’s visit to Chicago for a meeting with Mayor Rahm Emanuel, Toronto Mayor John Tory had a site visit to Millennium Park.

Opened in 2004, the popular Chicago park spans 24 acres in the downtown core, and is one of the city’s top attractions. During his visit, Tory said that Millennium Park serves as great example of what can be done with Toronto’s massive Rail Deck Park.

Last summer, the City of Toronto announced the development of its new Rail Deck Park downtown. Since then, city staff have been working on strategies for the 8.5-hectare (21-acre) park, which would be built over the rail corridor between Bathurst Street and Blue Jays Way.

Toured Chicago’s @Millennium_Park with @ChicagosMayor. Park serves as great example of what we can do with #RailDeckPark in Toronto. pic.twitter.com/MAf9D9KLdW

“We have a lot to learn from Chicago,” said Tory in a statement.”It was important for me to hear from Mayor Emanuel about Millennium Park, how Chicago took an idea and made it a reality and the lessons we could apply for our own 21-acre Rail Deck Park.”

Tory is in Chicago for a bilateral meeting to discuss what to do about the US federal budget cuts that are threatening the Great Lakes, according to a press release. Waterfront cities, like Chicago, Toronto and Montreal, that rely on the lakes for their thriving tourism, navigation, industry, and drinking water are especially concerned about the cuts.