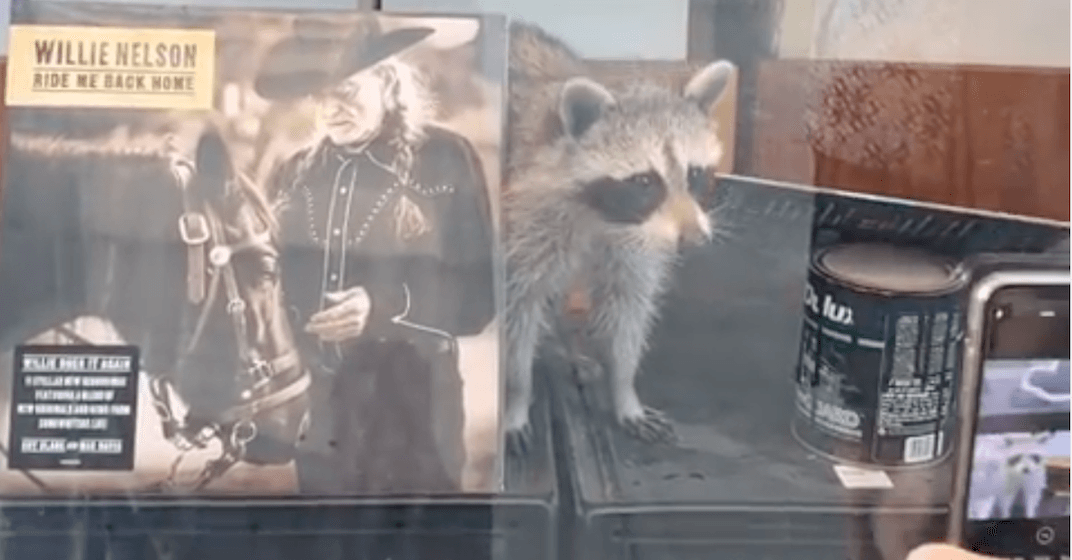 It appears Toronto’s unofficial mascot also has a liking for vinyl after a small raccoon was spotted in the display window of Kops Records on Queen Street this week.

In an adorable video shared on Instagram, you can see the small critter hanging out in the front window, next to a Willie Nelson record.

In the window’s reflection, you can see that the raccoon drew a small crowd outside of Kops, which happens to be Toronto’s oldest vinyl shop.

But this random raccoon sighting shouldn’t come as too much of a surprise, as the city’s curious trash pandas are always getting themselves into interesting situations.

In the past, a woman has woken up to a raccoon eating bread in her kitchen; they’ve been spotted posing with the CN Tower, and at the checkout counter at Shoppers Drugmart; they’ve caused hilarious delays on the TTC, and even inspired music videos.

And while raccoons are the animal the city loves to hate, you have to admit, they’re pretty adorable, as you can see in the video below.