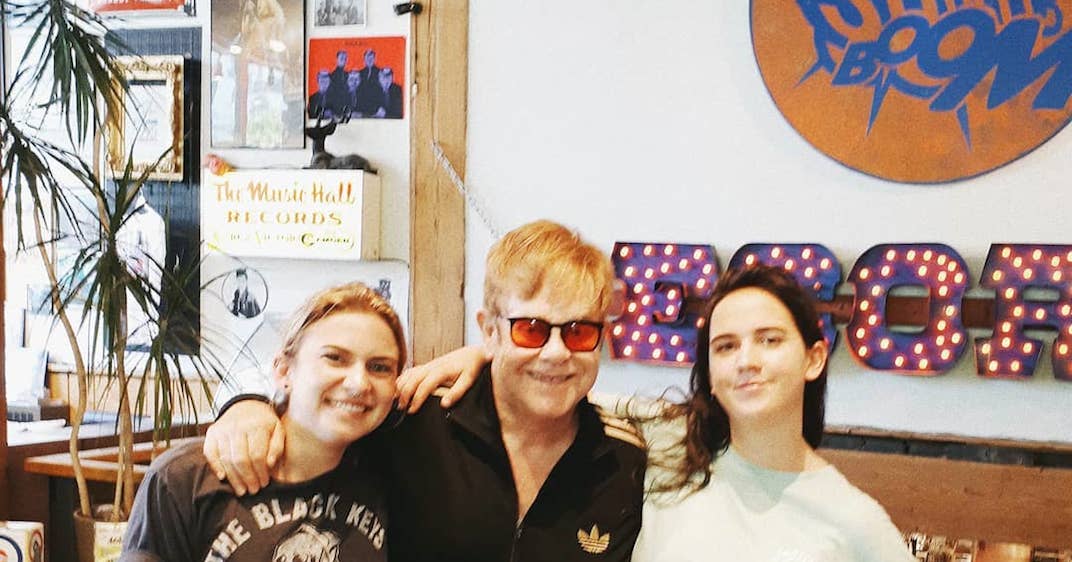 As Sir Elton John continues on his whirlwind worldwide Farewell Yellow Brick Road Tour, he has managed to clear some room in his schedule and stop by a local record shop.

On Tuesday afternoon, the Rocket Man singer paid Toronto’s Sonic Boom a visit, which is located on Spadina just north of Queen Street.

While browsing through the independent record shop’s vinyl collection, the multi-award-winning singer and pianist was all smiles when he stopped to pose for a photo with staff.

“We’ve had a summer of fabulous guests but Elton John might just be the only knight we’ll ever have in Sonic Boom history. What an absolute and total delight,” reads the caption of a photo of the singer posted on Instagram.

Elton is also scheduled to perform at the Scotiabank Arena next Tuesday and Wednesday as part of his farewell tour.