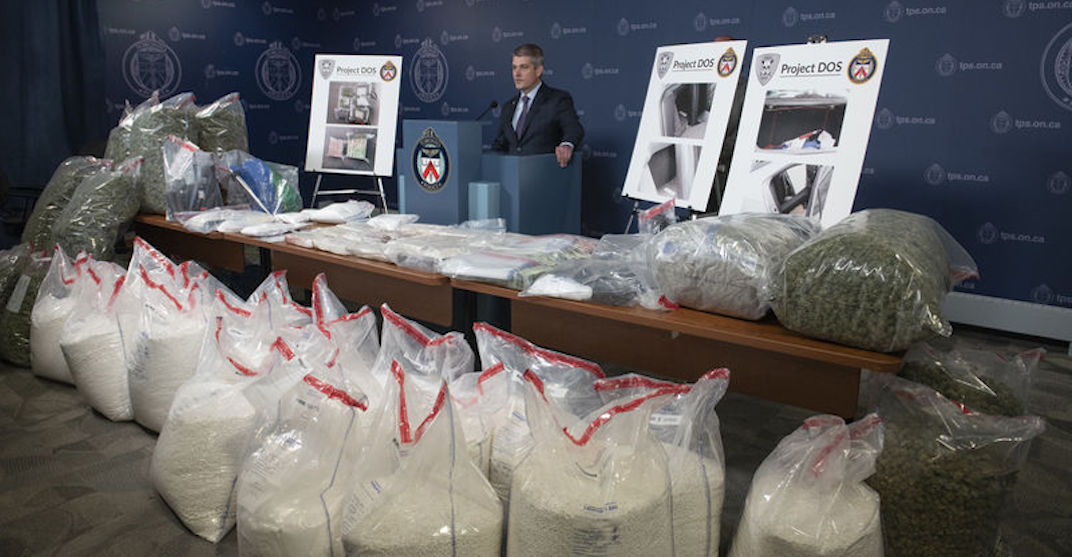 A major drug bust that spanned four southern Ontario cities has led to the seizure of $17 million in drugs, over $300,000 in cash, and the arrest of eight people, police say.

Dubbed Project Dos, the investigation probed a “high-level” drug trafficking ring capable of generating profits in the tens of millions of dollars, according to the Toronto Police.

As part of Project Dos, on April 25, 29 search warrants were executed in Toronto, Vaughan, Kitchener, and Stoney Creek.

According to police, the drugs have a street value of up to $17 million. 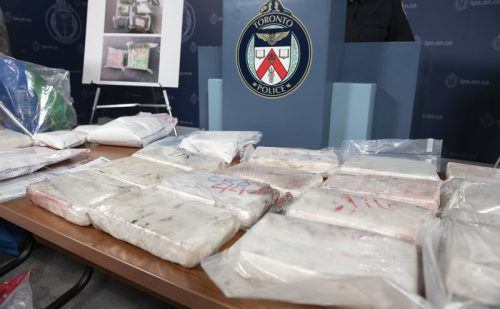 An additional $308,000 in cash believed to be the proceeds of the illegal drug distribution was also seized. 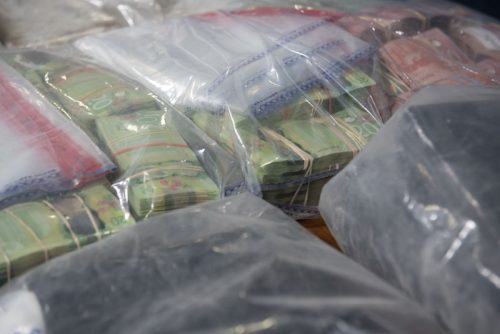 Cash alleged to have been seized in Project Dos

The eight arrested in connection to Project Dos range in age from 19 to 38, and they now face a combined total of 27 charges, including drug possession for the purpose of trafficking, possession of the proceeds of crime, and conspiracy to commit an indictable offence.