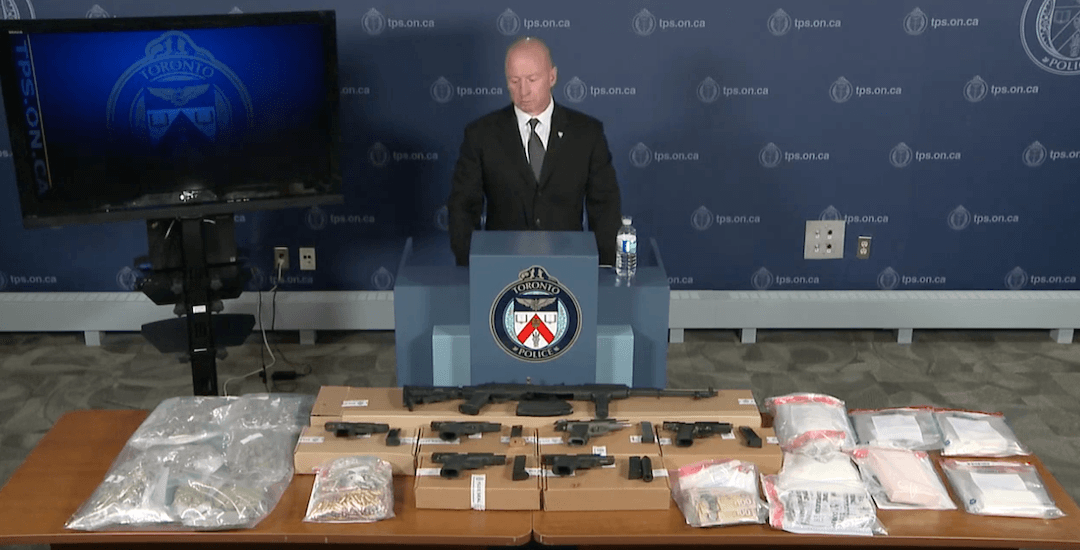 Toronto Police seized $700,000 worth of drugs and $60,000 in cash as part of a major joint investigation with the Ottawa Police Service.

Deputy Chief of Police James Ramer and Inspector Steve Watts of the Drug Squad held a news conference on Project Moses on Monday, saying the investigation began back in October, 2018.

According to police, at the time, members of the Toronto Drug Squad began an investigation into a high-level drug dealer.

It is alleged that the drug operation ranged from the Greater Toronto Area to Ottawa, and the operation involved an intricate drug trafficking network, trap furniture and vehicles with professionally-installed trap compartments and an Airbnb property.

Following an extensive investigation, on Friday, February 15, 2019 and Saturday, February 16, 2019, numerous search warrants were executed by the Drug Squad and the Emergency Task Force.

Police say that Canada-wide warrants will be issued for Vincent Yun-Hao Huang, 34, and Daniel Kam-Wah Siu, 33, both of Toronto. They are wanted for numerous firearms and drug charges.

It is further alleged that during the search warrants of three homes, two storage lockers and two vehicles, numerous items were seized by police, including: