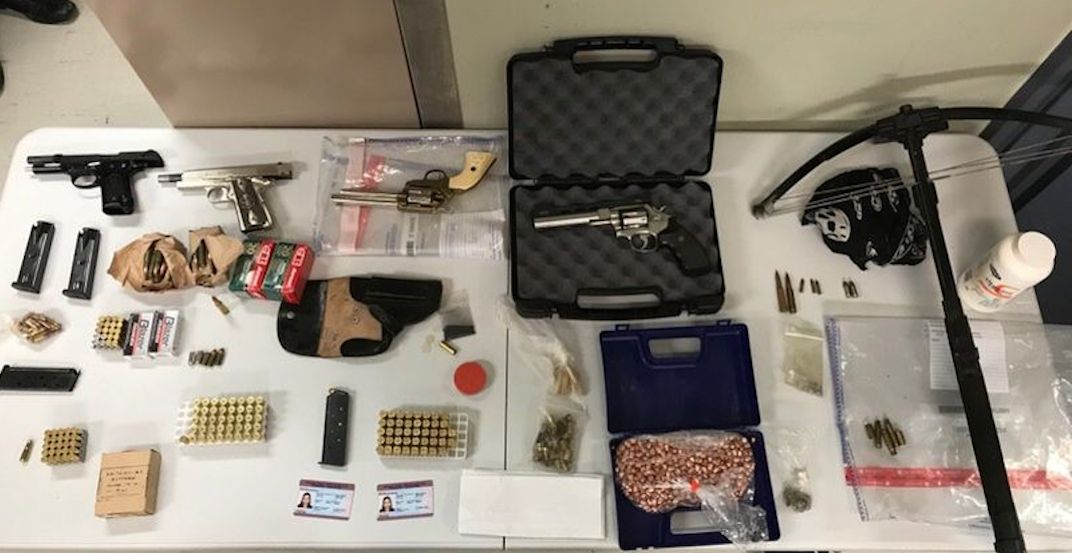 Five people have been arrested in connection to a firearm investigation.

According to police, on March 27 around 10:45 pm, members of the West Command Gun Violence Suppression Unit and the Emergency Task Force executed a search warrant at a home in the Keele Street and Finch Avenue West area.

Police say four firearms, a crossbow and over 450 rounds of ammunition were also located.

Erika Molina, 30, of Toronto; Michael Williams, 31, of Toronto; Javone Carty-Brown, 26, of Toronto; Kyle Batts, 26, of Leamington, and Thomy Baez-Eusebio, 21, of Toronto, were all arrested in connection to the investigation.

They each face a number of charges including possessing a firearm for the purpose of trafficking, possessing firearm obtained by crime, possessing a crossbow while prohibited, and knowingly manufacturing ammunition.

They are all scheduled to appear in court Thursday, March 28.