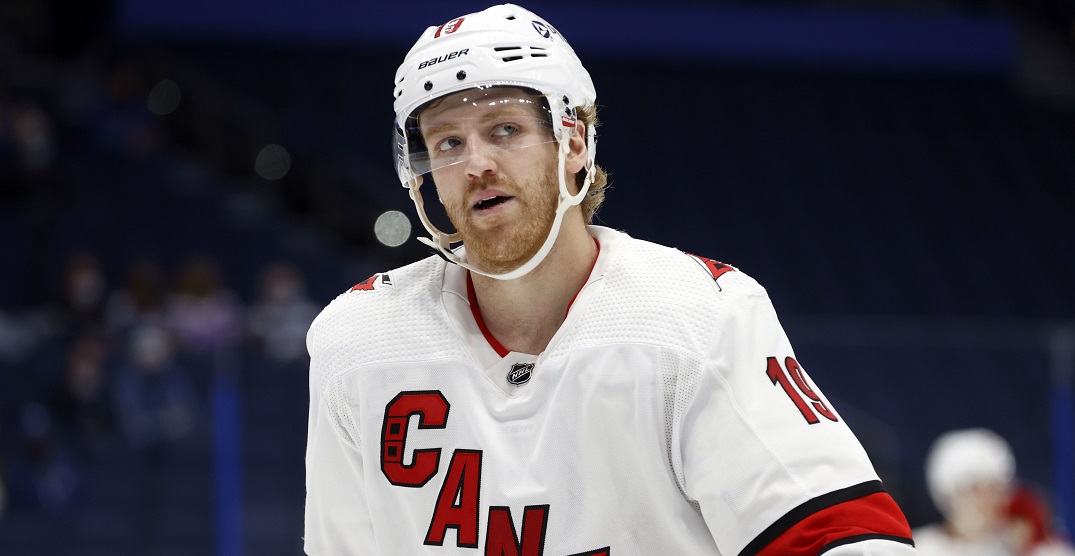 Trying to figure out what the Toronto Maple Leafs will do in free agency isn’t the easiest task.

The notoriously secretive organization has about $9.3 million in cap space to round out their six available roster spots when free agency opens for the Leafs (and the NHL’s other 31 teams) on Wednesday at 12 pm ET.

Here are seven players the Leafs should consider:

There’s no reason why the Leafs couldn’t still target Dougie Hamilton if they’d like to. It’d likely open the door for a Morgan Rielly trade (or another blockbuster move from Toronto), but if the Leafs want Hamilton, there are possibilities for them to rejig their roster to do so. One of the league’s best defencemen, the Leafs should be at the front of the line offering Hamilton a long-term deal.

Having bounced around from Minnesota, Montreal, Ottawa, and Boston in his career, Mike Reilly is a more cost-effective option on the back end than a big name like Hamilton. Reilly offers experience in different top-four roles at a price that shouldn’t break the bank and would be a great addition to the Leafs blueline for next season.

Phillip Danault signing with the Leafs would admittedly be a pretty funny turn of events, all things considered. After Danault was one of the key pieces in shutting down the Leafs (as well as Winnipeg and Vegas) this past postseason, it sure looks like he’ll be testing the free agent market. If available, he’s one of the game’s best defensive forwards and could add a new layer of variety to the Leafs’ mix.

After leaving Toronto to sign with the St. Louis Blues back in 2018, Tyler Bozak’s three-year contract has now expired. A Stanley Cup ring richer than when he left the Leafs, perhaps Bozak is looking for a reunion with the NHL team he originally signed with as an undrafted free agent.

Another name that has been floated as an option for the Leafs in free agency and trades for years, Paul Stastny, offers a veteran presence on a team that’s set to be losing some. Breaking the bank on a long-term deal for Stastny (Patrick Marleau flashbacks, anyone?) isn’t a wise decision, but for a cheap, short-term contract, Stastny could fit in nicely to the Leafs’ bottom six.

Kyle Palmieri had a rough go with the Islanders after being traded from New Jersey midway through last season, but he’s still primed for a bounceback year. Having scored 20 or more goals in each of the seasons before the 2021 shortened year, Palmieri brings a offers a scoring touch that can be played throughout the lineup.

Gauging the goalie market is always tough, but Antti Raanta could be a prime candidate to come to Toronto if they choose not to re-sign Frederik Andersen. Raanta and current Leafs’ starter Jack Campbell would likely split the team’s duties in tandem, with both challenging each other for the net on a nightly basis.