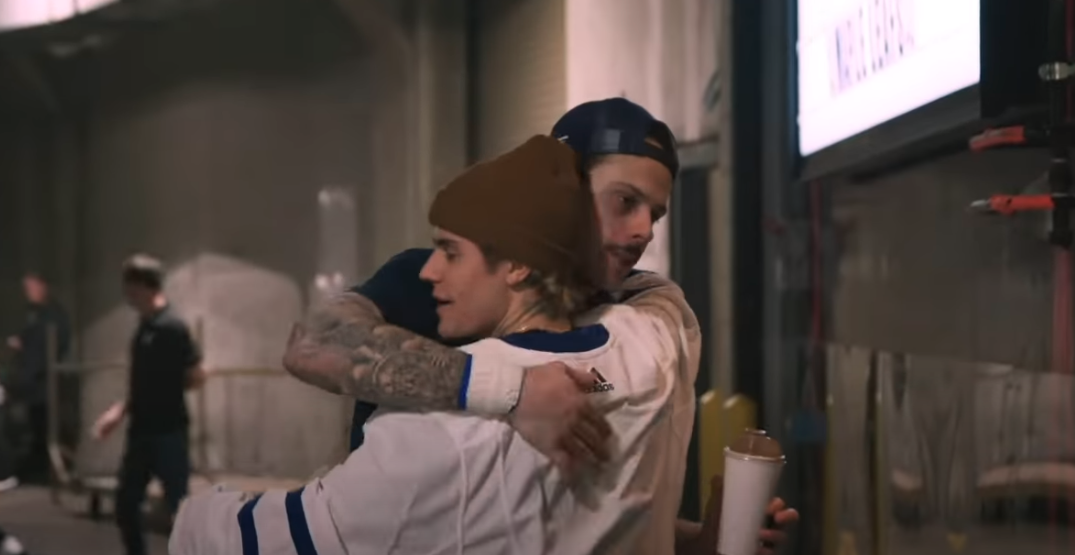 Justin Bieber and Auston Matthews hung out again this weekend, going to the Conor McGregor-Dustin Poirier card at UFC 264.

Matthews and Bieber had some exclusive company tag along with them: Kendall Jenner, the Kid Laroi, and even Joe Thornton.

It isn’t hard to tell why the pair get along so well. They’re both internationally-renowned icons in their respective fields: Matthews in fashion and hockey, Bieber in celebrity gossip and music.

But this past Saturday was far from the first time the two have enjoyed each others’ company. Here’s a look back at all the times they’ve hung out together in the past:

Okay, it really isn’t that far back at all, as Bieber and Matthews also went to June’s UFC 263 event together.

Leafs’ goalie Frederik Andersen joined them for that one, as Nigeria’s Israel Adesanya came out on top in the main event over Italian Marvin Vettori.

Back on Boxing Day 2019, Bieber joined Matthews, Mitch Marner, and Tyson Barrie for a holiday skate in his hometown of Stratford.

Bieber has also made many appearances at Scotiabank Arena to cheer on Matthews and the Leafs throughout the years. The most recent one came in January 2020, where Bieber met up with Auston’s parents Ema and Brian, and his sisters Alexandria and Breyana.

Just a guess, but it’s likely Auston called in a favour to impress his family with his famous friend.

Bieber was also spotted watching Matthews in the 2017 playoffs during his Calder-winning rookie season.

Bieber even saw the Leafs on the road with his wife, Hailey, in their Game 7 playoff loss to Boston back in 2019.

When will Bieber and Matthews hang out next?

The next big UFC event coming up is taking place at Houston’s Toyota Center on August 7.

Derrick Lewis and Ciryl Gane are featured in the co-main event, with Amanda Nunes and Julianna Peña the other big attraction of the evening. Nothing is guaranteed, of course, but if the two want to hang out in August, this would be the place to do it.