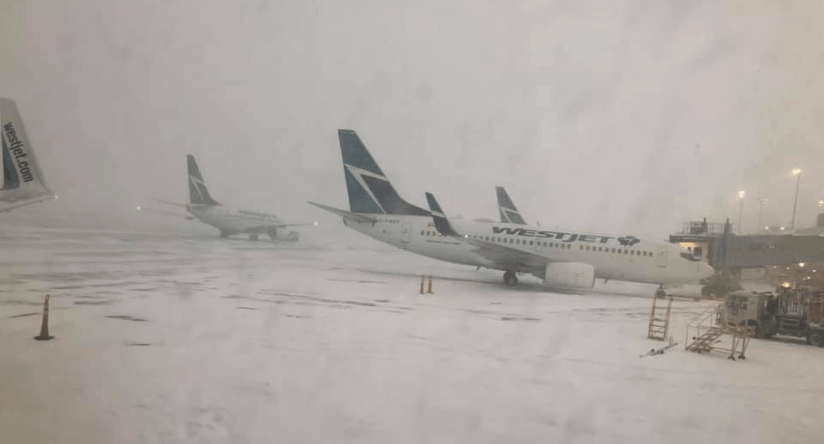 The winter storm currently hammering Ontario is continuing to wreak havoc across the province, and now Toronto’s Pearson International Airport is the latest victim of the onslaught.

On Twitter, Canada’s largest airport said a number of airlines have had their flights delayed or cancelled as a result of the weather.

Travellers who have flights booked out of Pearson this evening are advised to contact their airline and confirm their flight’s status before arriving at the airport.

We are continuing to see snowfall at the airport into the evening. Airlines have delayed or cancelled a significant number of flights. We strongly recommend contacting your airline to confirm your flight status before arriving at the airport. 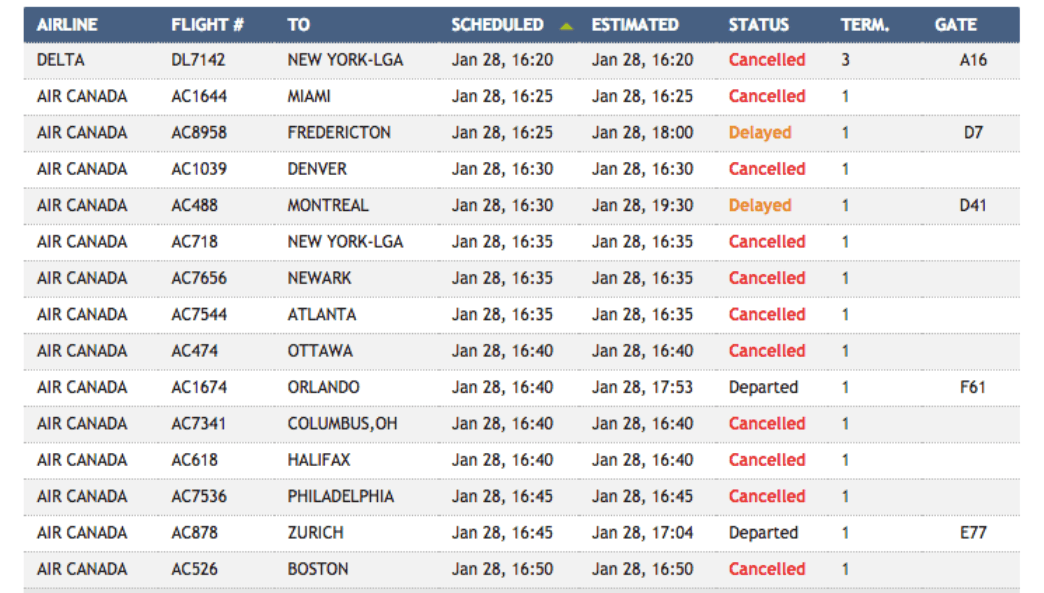 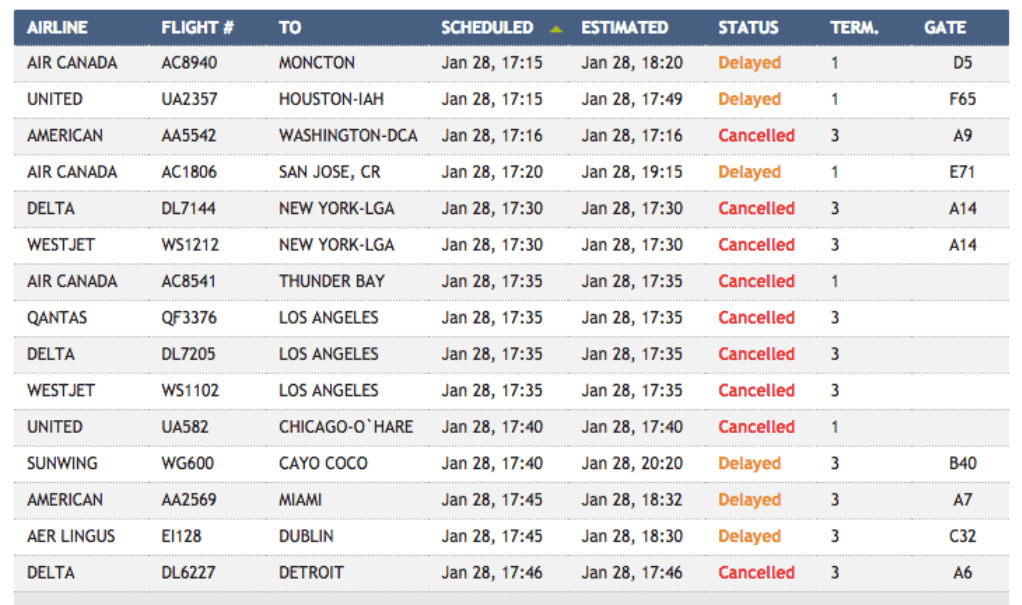 And while Toronto is expecting up to 20 cm of snow on Monday, it’s actually ‘warm’ in the city compared to a town in Northern Ontario.

According to the Weather Extremes website, the coldest place in the world right now is Geraldton, Ontario, which is in the district of Thunder Bay, and currently feels like -46°C. The town is one of the places under the extreme weather statements issued by Environment Canada.

Almost all of Ontario is under weather warnings today, which include extreme cold and special weather statements, thanks to what Environment Canada said is an Alberta Clipper tracking over Southern Ontario.

Drivers are also being warned to use extra caution while on the roads. The last time there was a snowfall like this, more than 300 collisions occurred across the GTA in just 24 hours.