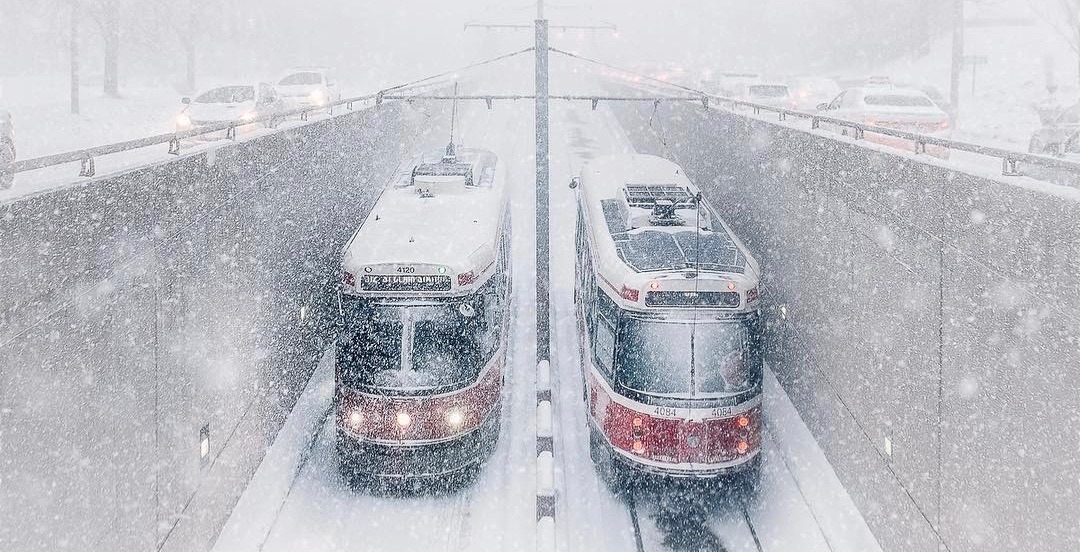 A snowfall warning is in effect for the City of Toronto on Monday.

Following a Special Weather Statement released yesterday, Environment Canada has upped the amount of snowfall expected to hit the city, and issued a warning to kick off the week.

It is now forecasting snowfall with total amounts of 15 to 20 cm by tonight.

“Snow at times heavy is expected to develop later this morning or early afternoon and persist into tonight,” states the warning. “Total snowfall accumulations of 15 to 20 cm are likely, with the highest amounts expected closer to Lake Ontario where extra moisture from the lake may boost snowfall amounts.”

There will likely be a significant impact on the commute both this evening and Tuesday morning.

The weather agency is warning motorists to prepare for quickly changing and deteriorating travel conditions.

“Surfaces such as highways, roads, walkways and parking lots may become difficult to navigate due to accumulating snow,” it states.

According to Environment Canada, it will be -5°C on Monday, but with the wind chill it will feel more like -10°C this afternoon. And it will snow… a lot. 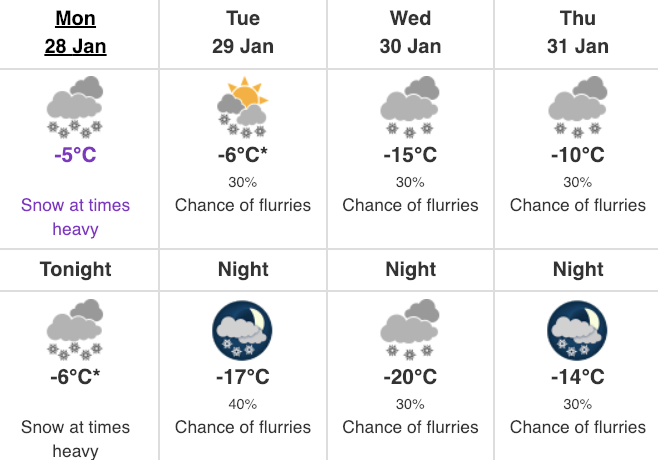