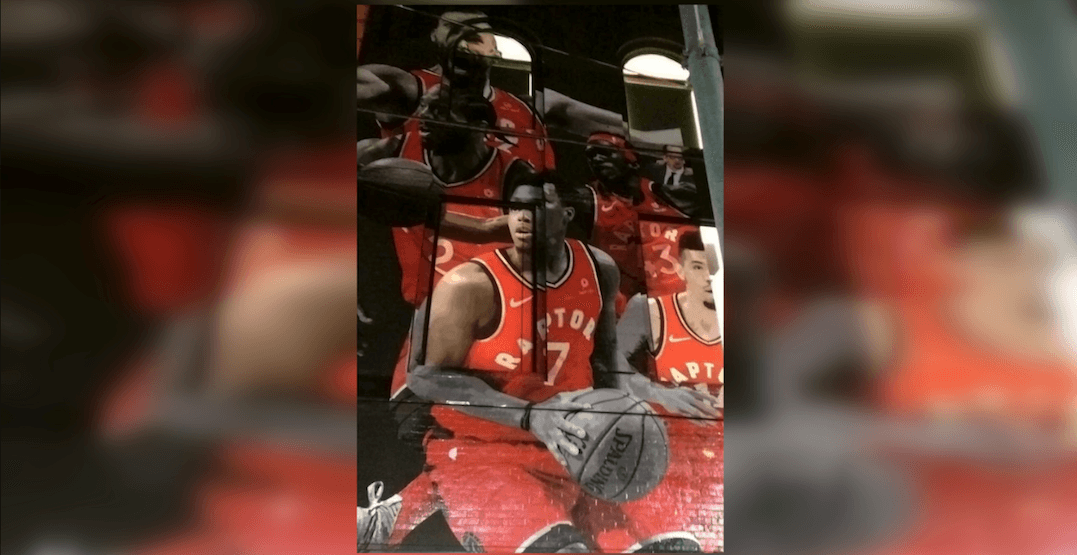 The whole town has been painted red.

First, the fuss focused on Kawhi. But now, the city has gone on to celebrate the whole Raptors team as the NBA Finals Game 1 fast approaches.

Tonight, the Raptors play the Golden State Warriors, and all of Toronto is standing behind them.

Fans are already gathering outside of Jurassic Park for the 9 pm game, and even the walls of the city’s buildings are cheering for the home team!

Queen West’s ODToronto, which displayed a massive Kawhi mural earlier this month, is now boasting a tribute to the starting lineup for the Finals on its storefront.

Make sure to stop and snag a pic of this sweet work on your way to the bar you’ll be watching the game in tonight.