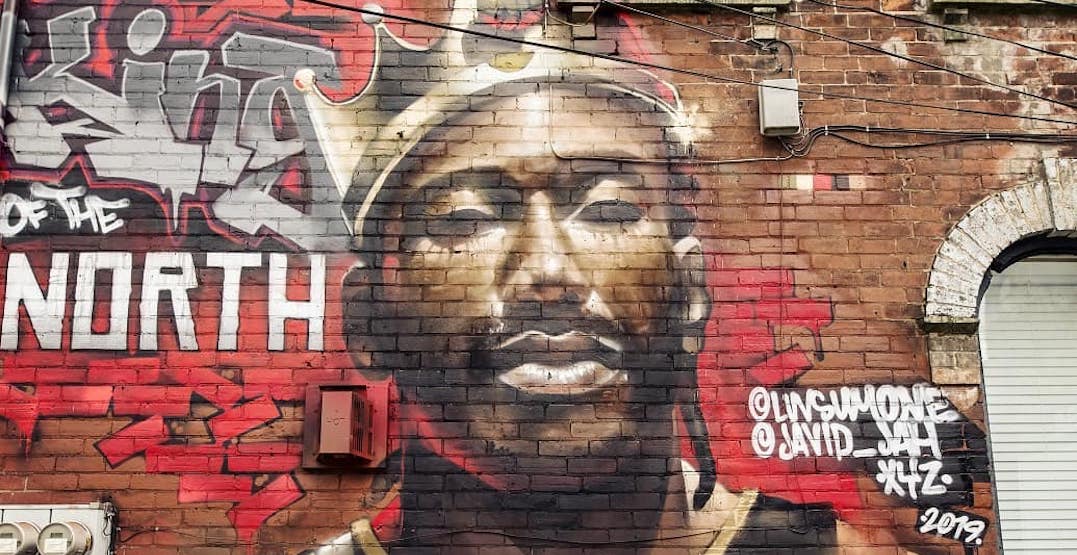 It’s official: Jon’s cancelled, and Kawhi Leonard is the King of the North.

At least, that’s according to the massive mural that is now sprawled across the side of 50 Pembroke Street.

The artwork, created by @javid_jah and @luvsumone, shows a close-up of Kawhi with a crown atop his head. Alongside his image are the words “King of the North,” and “The Finals.”

The love for Kawhi, and painting him on the side of buildings, has not let up in the last few weeks. And for good reason.

As the Raptors head into the first game of the NBA Finals against the Golden State Warriors (you’ll be watching on Thursday at 9 pm, right?), the city is in high spirits.

Sport-lovers or not, nobody can deny the incredible feeling of watching history be made as a collective.

In the spirit of the game, ensure you take a stroll through Regent Park to get a glimpse of this massive masterpiece.