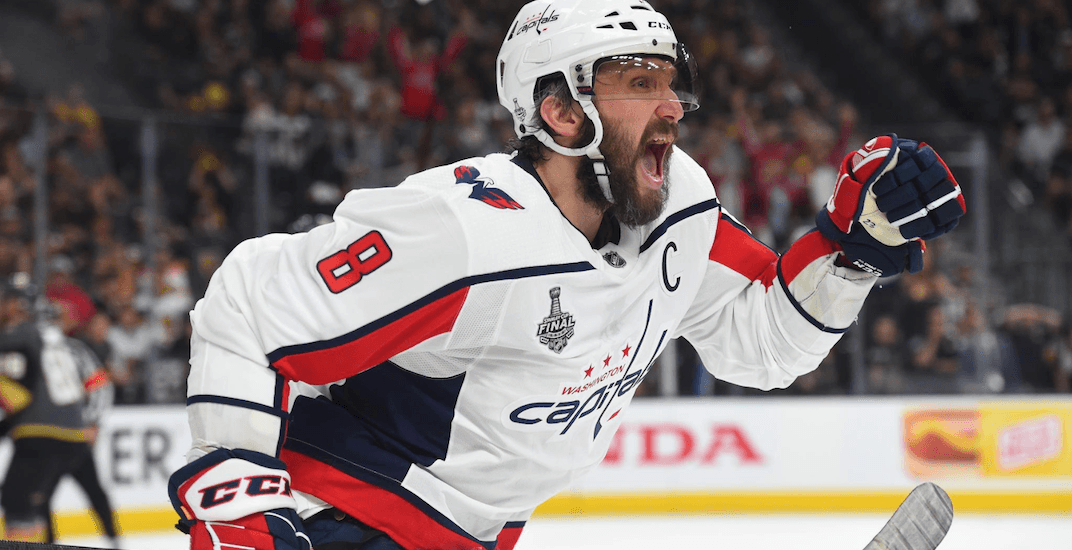 Alex Ovechkin has some advice for the Toronto Maple Leafs.

To be fair, they could use some help. The Maple Leafs have been slow out of the gates this season, with the pressure to perform being higher than ever. Toronto is 6-5-2 through 13 games, and have lost three of their last four games.

Wondering if this team is overrated.

Craig Button just called the Leafs “the #1 pretender” in the NHL on Leafs Lunch.

With the Washington Capitals in Toronto to take on the Leafs tonight, the 34-year-old future Hall of Famer was asked about the Leafs’ struggles after practice. Instead of giving a typical boring hockey player answer, Ovechkin was brutally honest.

“For them, they’re still a young group of guys. I hope they’re going to learn,” Ovechkin told reporters. “It’s up to them how they want to do it, if they want to play for themselves or if they want to win the Stanley Cup they need to play differently, there’s no doubt.”

Ovi says the Leafs need to 'figure out if they're playing for themselves or for a Stanley Cup' and if they want to win they need to play differently 👀 pic.twitter.com/oWTV5qUfmn

Ovechkin has been through it all, of course, breaking into the league as an instant superstar. He played on good young teams in Washington that weren’t too dissimilar to the Leafs team today, but suffered year after year of heartbreak before finally breaking through to win the Stanley Cup in 2018.

It’s still early, but the young Leafs have had trouble keeping the puck out of their net (they have the eighth-worst goals against average right now) and have been criticized for not being tough enough to play.

With Kyle Dubas as their GM, the Leafs have gone against longstanding hockey traditions in constructing their team. They’ve prioritized speed and skill, even on their third and fourth lines, instead of leaning on grit. That’s going to open themselves up to criticism from old school hockey men – though that doesn’t mean their philosophy is necessarily flawed.

Toronto did make a number of offseason changes, and teams with high turnover traditionally have trouble early on. They’ve also been without captain John Tavares since October 16, due to a broken finger.

Still, the Leafs are expected to be an elite team capable of challenging for a championship this season, so they’re under the microscope.

So there’s only one thing they can do to silence their critics.