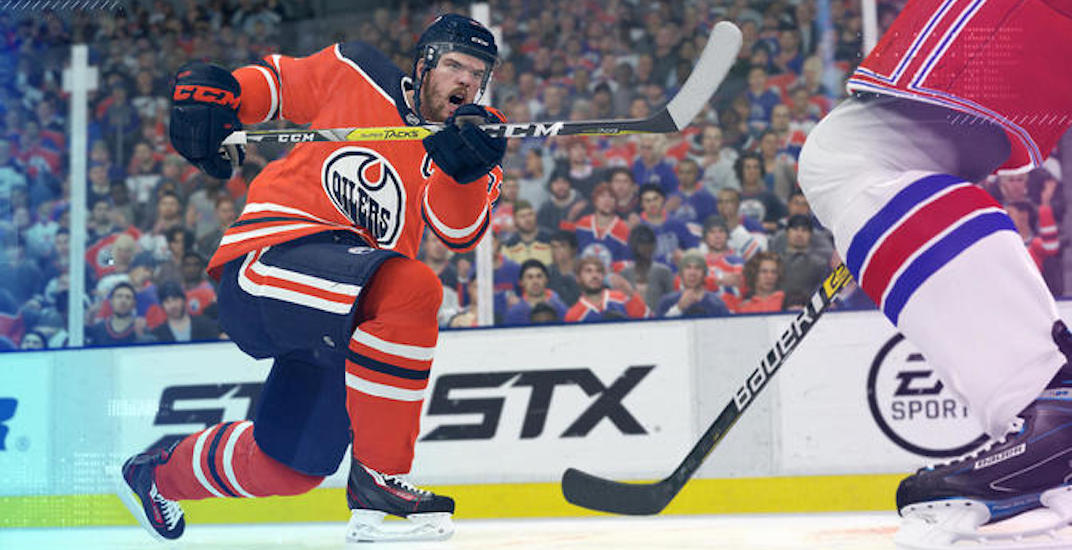 EA’s popular season simulator has been run and the results are in.

The Columbus Blue Jackets are the lone team who made the playoffs last season that are predicted to miss it in 2019-20, with the Florida Panthers taking their spot.

The Tampa Bay Lightning ran away with the Presidents’ Trophy again, with 109 points, while the Toronto Maple Leafs finished second in the overall league standings with 103 points.

The Leafs get a date with the Boston Bruins for a third straight year, though this time they have home ice advantage. Toronto is the lone Canadian team to make the playoffs in the Eastern Conference, as the Montreal Canadiens missed the playoffs by five points. The Ottawa Senators finished dead-last in the league once again, with 65 points.

The Calgary Flames made the playoffs in the West, five points behind the Western Conference champion Vegas Golden Knights. The Winnipeg Jets also made it, with 95 points as the first Wild Card team.

The Vancouver Canucks improved, but it wasn’t good enough for them to squeak into the postseason, with 90 points – five points behind the eighth-place Dallas Stars. The Edmonton Oilers also failed to make the playoffs, with 85 points. 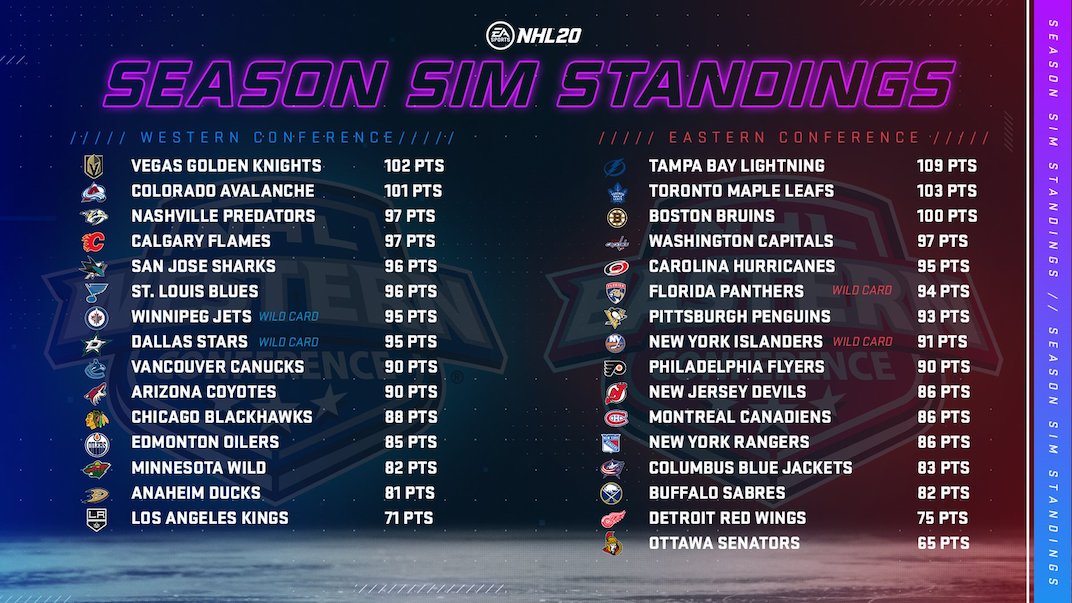 Here’s how the standings look for playoff-purposes:

Here are some other predictions from the popular video game company.

Alex Ovechkin is the NHL’s top goal-scorer with 55, while Auston Matthews and Connor McDavid score 50+ goals for the first time in their careers.

The Great 8 @ovi8 is your Rocket Richard Trophy Winner with 55 goals in the #NHL20 Simulation! #NHL20Sim pic.twitter.com/ccz558aEa9

First overall pick Jack Hughes claims the Calder Trophy with a staggering 87 points in his first season, beating out his brother Quinn from the Canucks.

With a staggering 87 points in his rookie season, @jackhughes43 takes home the Calder Trophy in the #NHL20Sim as the top rookie! #NHL20 pic.twitter.com/DgmntzEaTT

The Art Ross and Hart Trophy belong to @mackinnon9! His 119 points led the league in #NHL20! #NHL20Sim pic.twitter.com/LqvYvk7IkW

And the Stanley Cup goes to…

The Boston Bruins, who defeat the Vegas Golden Knights in six games.

For a second straight year, no Canadian teams make it out of the first round. 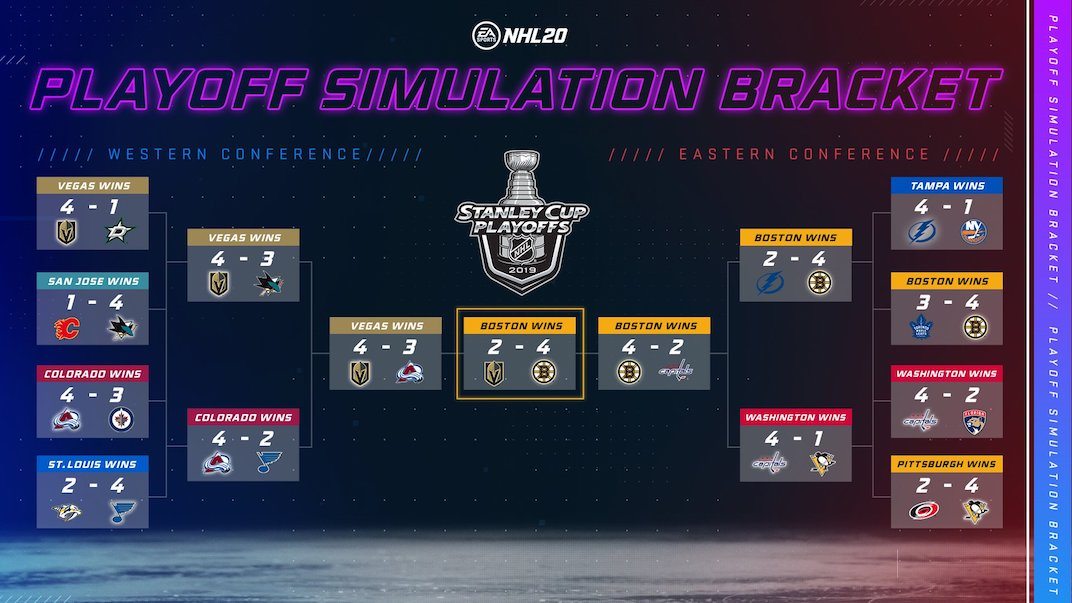 And Brad Marchand is awarded the Conn Smythe Trophy as playoff MVP.

The #NHL20 Simulation has spoken…

The @NHLBruins are your 2020 Stanley Cup Champions!

They defeat the @GoldenKnights in 6 games for their first Stanley Cup since 2011! Brad Marchand takes home the Conn Smythe Trophy with 32 points in 25 games. #NHL20Sim pic.twitter.com/1trq9FMC3b

I know. Sorry, everyone. Try to enjoy the season anyway.