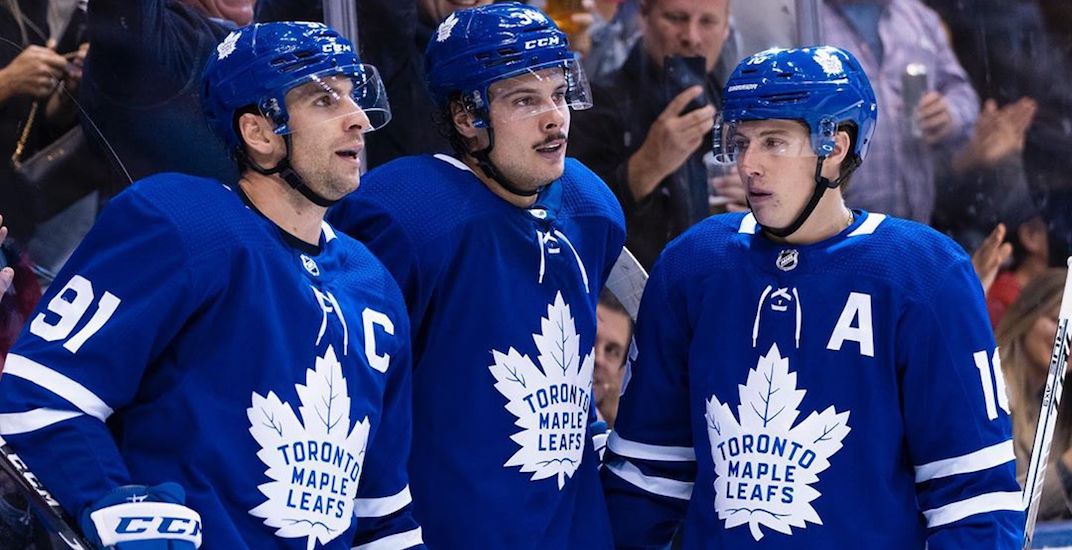 The Toronto Maple Leafs will be without their new captain for at least two weeks, the team announced on Thursday.

John Tavares has suffered a broken finger, injuring it late in Wednesday’s 4-3 loss to the Washington Capitals.

He will be out of the lineup for a minimum of two weeks, at which point he will be reassessed by the team's medical staff.

Tavares suffered the injury on a Morgan Rielly point shot, according to Sportsnet’s Chris Johnston. That happened before Tavares scored his third goal of the season with 2:33 left in the third period, meaning he scored it with a broken finger.

John Tavares took a Morgan Rielly point shot off the right hand the shift before he scored late in last night's game at Washington. As it turns out, that goal was scored with a broken finger.

TAVARES! Gets the game to within one goal, 4-3.#LeafsForever pic.twitter.com/6DPx3i3umQ

The newly-named Leafs captain has had a strong start to the season, scoring seven points (3-4-7) in eight games.

Tavares’ injury may present an opportunity for Jason Spezza to get back into the lineup. The 36-year-old veteran centre hasn’t played since October 10 against the Tampa Bay Lightning.