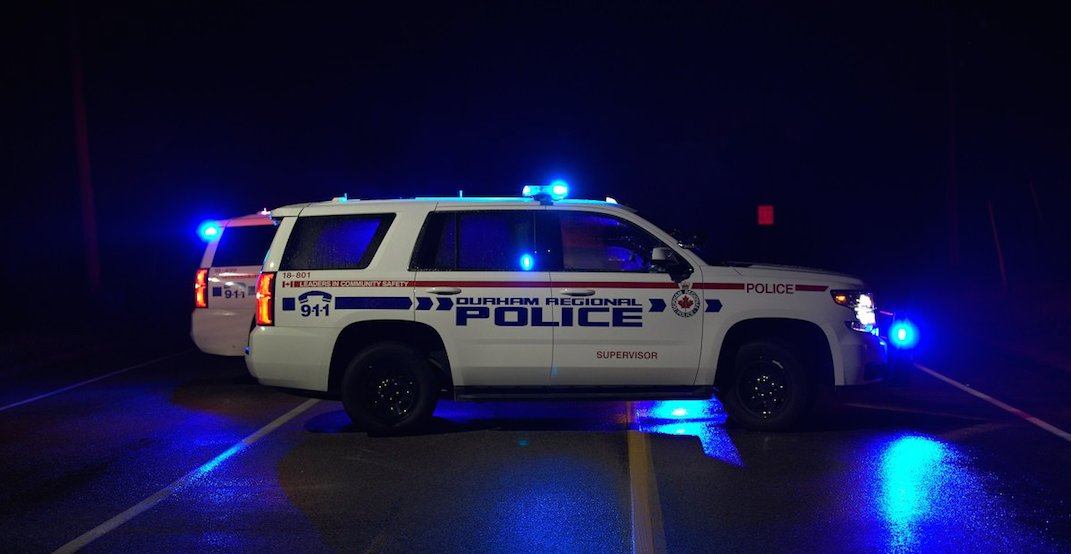 Durham Regional Police are looking for two suspects after an officer was dragged several feet by a fleeing vehicle Wednesday evening in Oshawa.

According to police, around 11:30 pm on Wednesday, March 13, members of Central East Division conducted a traffic stop on Capreol Court in Oshawa for a suspected impaired driver.

The driver became irate and attempted to drive off.

One of the officers, during an attempt to stop the driver, was partially inside the vehicle and was dragged for several feet.

Police say the vehicle made a U-turn and headed directly towards another officer. At this point, the officer being dragged managed to break free. The officer suffered minor injuries to his leg.

During the incident, both DRPS officers discharged their firearms at the vehicle. No other injuries have been reported at this time.

The suspect fled from the scene at a high rate of speed and investigators are looking for a 21-year-old male from Toronto.

Anyone with new information about this investigation is asked to contact the Central East Division Criminal Investigation Bureau at 1-888-579-1520 ext. 5100.