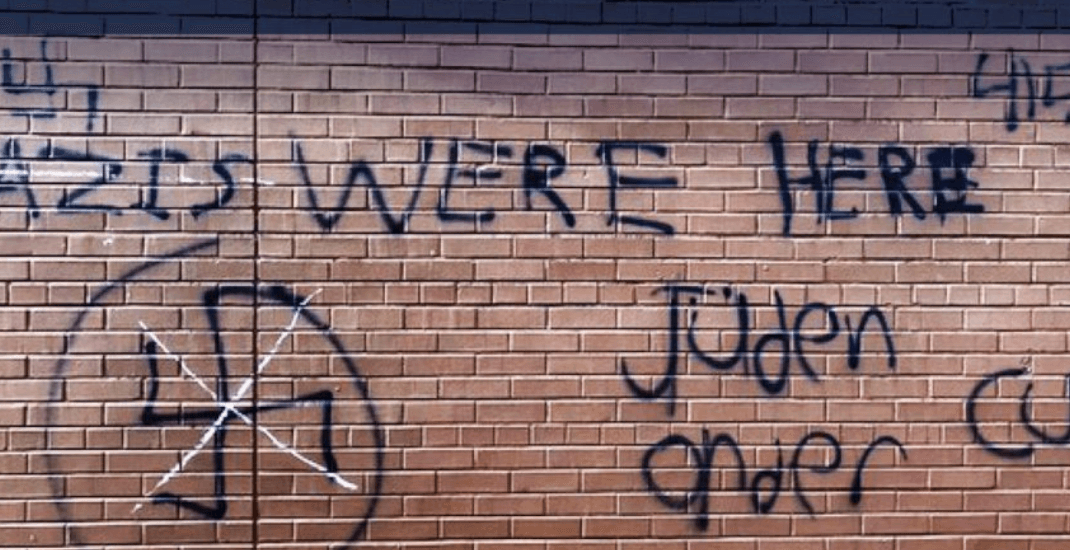 Toronto Police Services are investigating after disturbing and racist vandalism was found on Western Tech High School near High Park.

According to a release on Thursday from the Centre of Isreal and Jewish Affairs (CIJA), the graffiti featured anti-semitic, anti-black, anti-LGBTQ, and pro-Nazi messaging.

CIJA reached out to the Toronto District School Board and Toronto Police to report the incident.

“We appreciate that they are addressing the incident effectively and appropriately,” said CIJA in a release.

CIJA’s vice president for the GTA called the vandalism “disturbing.”

“It is disturbing to see another act of hateful vandalism in our city. This is a particularly egregious example, given the explicit pro-Nazi, antisemitic, racist and homophobic content,” said Noah Shack, CIJA vice president.

“We must be vigilant in condemning and countering all forms of hate, knowing that those who target Jews and other minorities ultimately pose a threat to society as a whole. We know that the overwhelming majority of Torontonians stand with our community against such bigotry.”

The CIJA is encouraging anyone with information about the incident to come forward to Toronto Police.