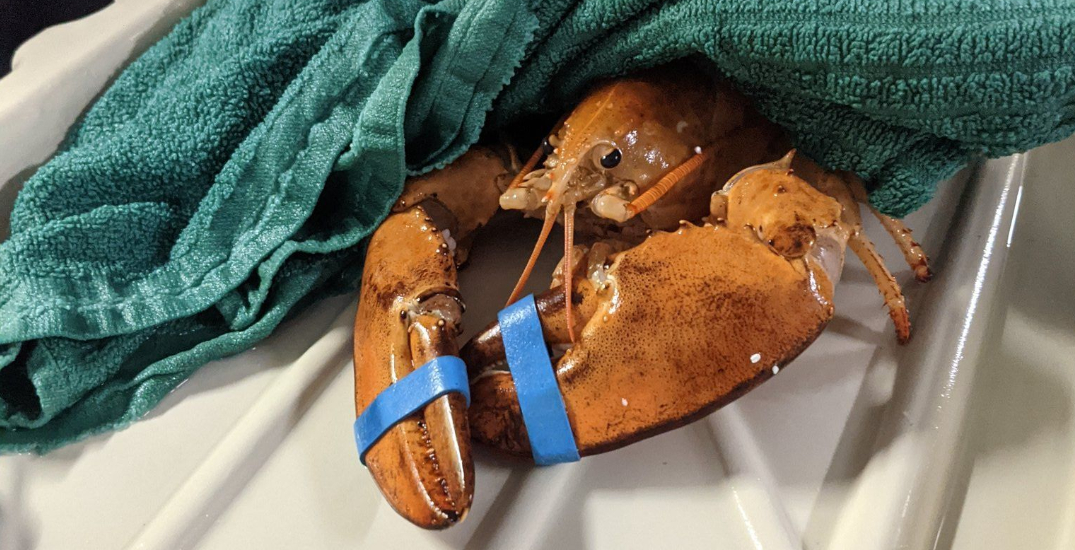 An extremely rare orange lobster has found a new home in Toronto after being rescued from an Ontario grocery store.

The eye-catching crustacean, named Pinchy, was spotted in a grocery store tank last month by a Real Canadian Superstore employee.

The odds of finding an orange lobster are roughly one in 30 million. At one in two million, you’ve got a better chance of catching a blue lobster.

Knowing they were in the company of unusual specimen, the employee contacted Ripley’s Aquarium of Canada in the hopes of saving the lobster from someone’s dinner plate.

A spokesperson for Ripley’s told Daily Hive the aquarium was happy to give Pinchy a new home in the city.

“Right now, Pinchy is in our back of house area in an acclimation pool getting used to his new surroundings,” the spokesperson said.

“He is still quite a small lobster, but they grow very slowly. His orange colour comes from a rare genetic mutation that occurs in approximately 1 in 30 million lobsters, so it makes Pinchy very unique.”

The aquarium shared a photo of Pinchy on its Facebook page to welcome the “very rare” lobster to his new home.

They noted that his claws were wrapped during transport and to ensure that he didn’t hurt himself, but that he’s “doing brilliantly.”

“Welcome to the Ripley’s family, Pinchy!”