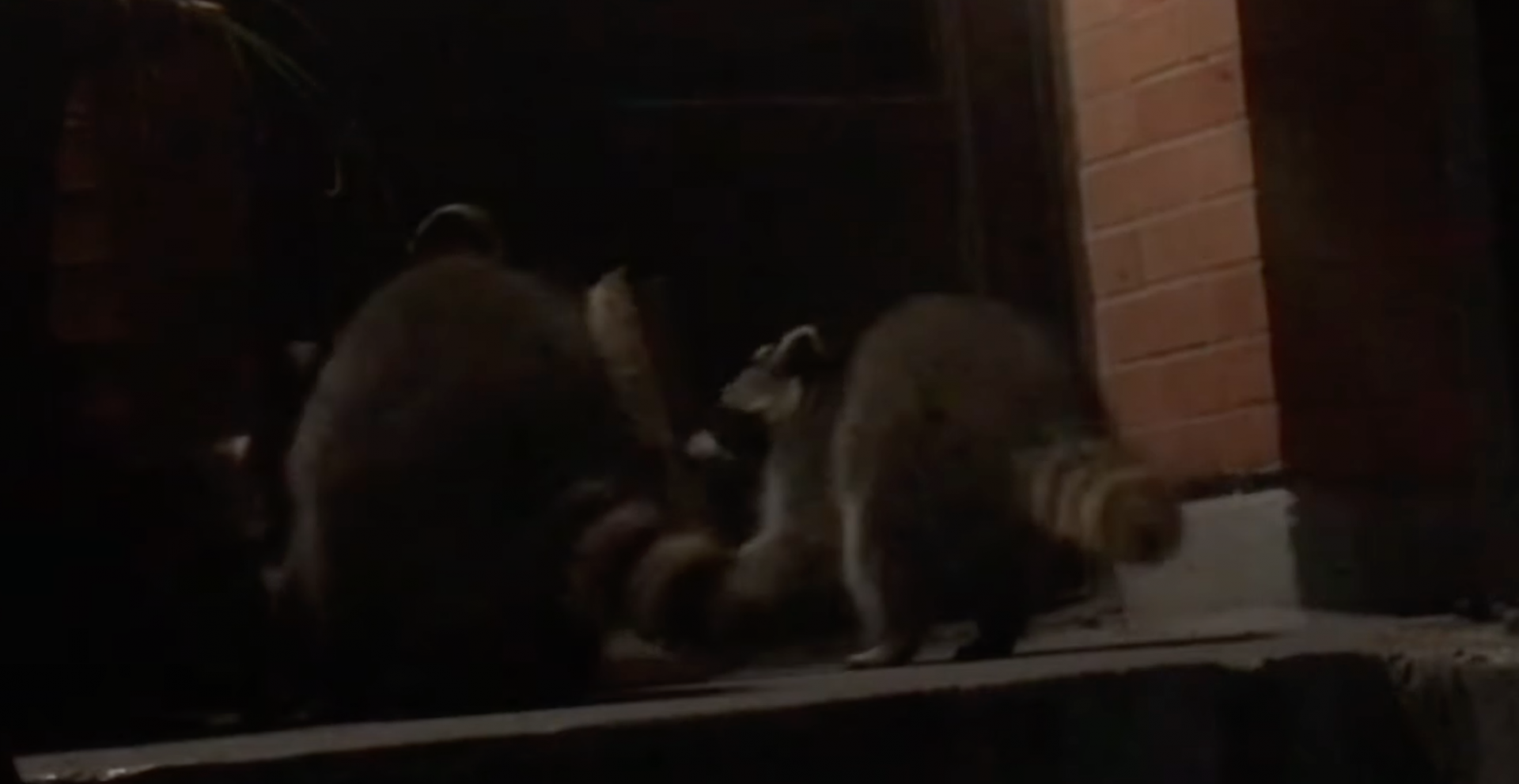 An unlucky Torontonian was probably disappointed on Saturday night after three hungry raccoons opened and ate a contactless delivery order before the customer brought it inside.

The feeding frenzy was caught on video around 11 pm by a neighbour who told Daily Hive they tried to keep the “trash pandas” away from paper bag of food for about ten minutes before deciding they were losing the battle.

“We were outnumbered and they were very persistent,” the witness told Daily Hive. “We figured the people who had placed the order had fallen asleep.”

The video shows one raccoon nuzzle its way into the bag before two more pile on to tear the paper apart from the top. One raccoon appears to look at the camera while cupping some food in its paws.

The three critters climb over one another while trying to access the best angle to polish off the meal.

“That’s someone’s delivery food, for real?” someone in the background says, as one raccoon scampers off with a morsel in its mouth.

The witness shared the video clip to Reddit, where some commenters joked about the clever animals’ apparent ability to accept delivery orders.

Others shared their own horror stories of finding destroyed delivery food on their porch when raccoons got to it before they did.

It’s still not known whose order got eaten by the raccoons, but it seems clear that the animals enjoyed it.