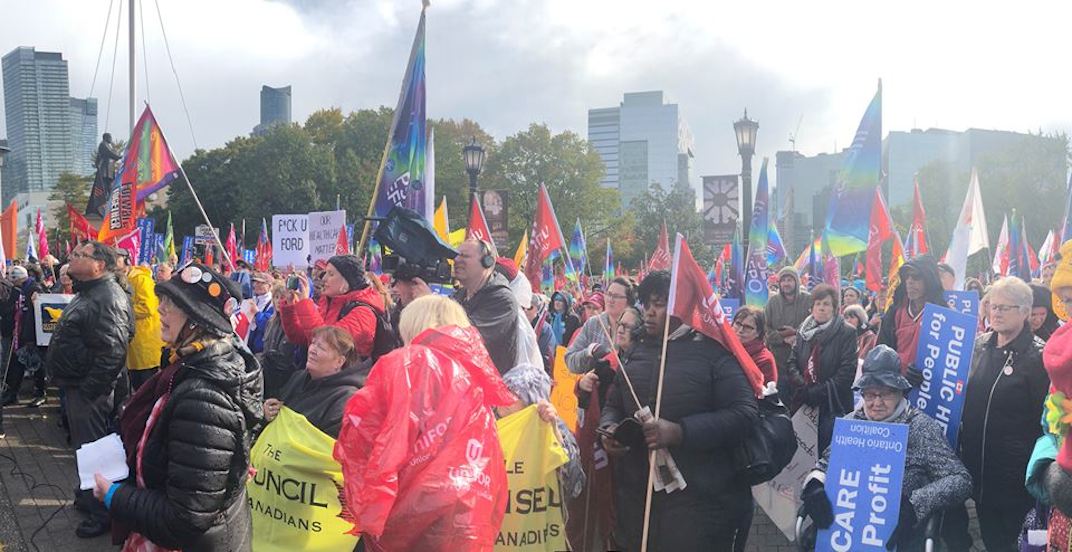 Organized by the Ontario Health Coalition (OHC), the rally takes place this afternoon on the lawn of Queen’s Park, and over four thousand people have already said they are interested in attending the event.

“The new legislation Doug Ford worked to keep secret from the public will sell vital health care services to private for-profit corporations, impose costly mega-mergers that put our local services and hospitals at risk, and privatize our health care system.”

According to OHC, all of the proposed changes were not mentioned during the provincial election.

This is the second event planned this week to protest Ford. On May 1, a general strike has been scheduled to protest Ford’s recent cuts and policy changes, which include cutting library services funding by 50%, a $1-billion reduction in funding to Toronto Public Health over the next decade, and cutting funding for provincial flood programs in half, to name a few.

The “Rally to Protect Public Health Care” will kick off at noon.