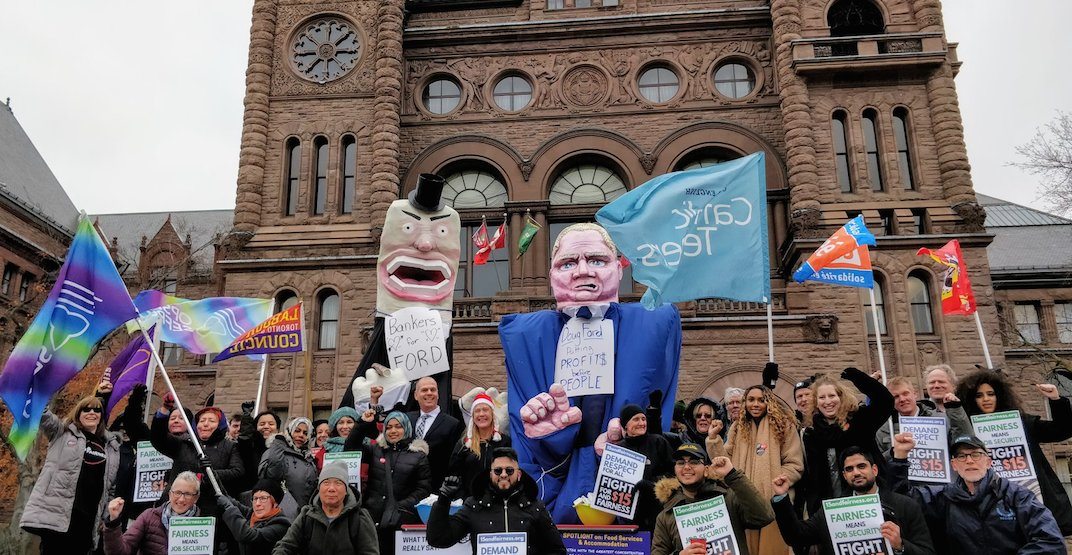 It’s been a busy few weeks for the Ford government.

In a matter of days, the provincial government has cut library services funding by 50%, $1-billion in funding to Toronto Public Health over the next decade, and most recently, funding for provincial flood programs in half.

And it appears not everyone in Ontario is thrilled about the changes.

Next week, a general strike has been scheduled to protest Premier Ford’s recent cuts and policy changes.

Taking place at Queen’s Park at noon on Wednesday, May 1, the strike is designed to “tell the Ontario government that you, the people of Ontario, are willing to grind this province to a halt to make these ill-informed cuts stop,” according to strike organizers.

“Things have gone too far. Join us in letting the Ford Government know that we will not allow our province to be destroyed.”

At the time of publication, over 1,600 people have said they are planning on attending the strike on Facebook, with another 8,000 saying they are interested in attending, as well.

Time to shut him down.
General strike. May 1st.#StrikeFord#StrikeON pic.twitter.com/RwjN7kcOjf