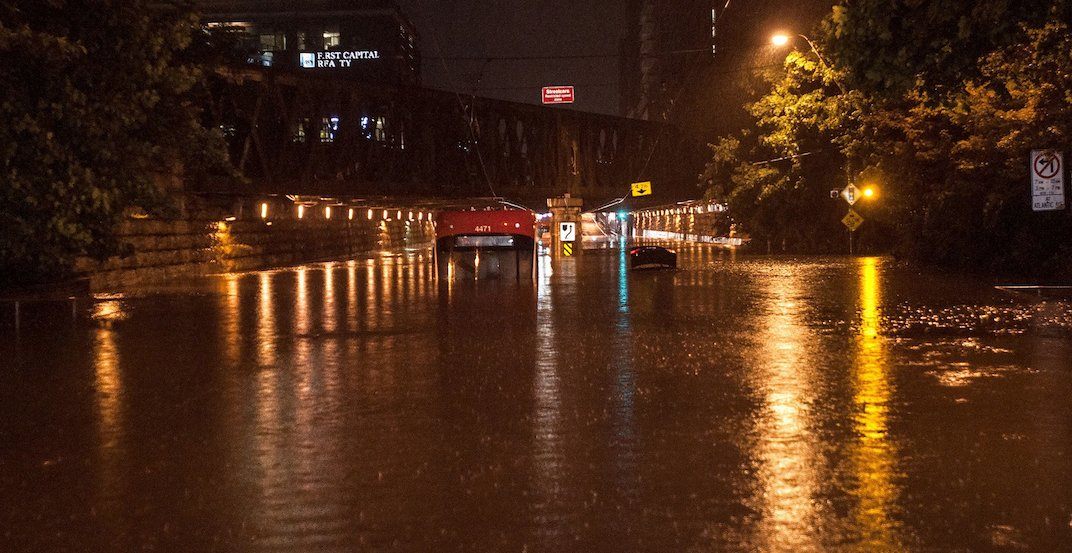 The Ford government is cutting the province’s “critical” flood management programs in half, according to Ontario conservation authorities.

Conservation Ontario, which represents 36 of the province’s conservation authorities, said the cuts are a result of the 2019 budget and will be “felt immediately,” particularly by smaller and more rural conservation agencies.

“Cutting natural hazards funding is particularly problematic right now in light of the fact that – like everywhere else – Ontario is experiencing stronger and more frequent flood events as a result of climate change impacts,” said Kim Gavine, General Manager of Conservation Ontario.

According to Conservation Ontario, the flood programs warn people about flooding and protect property from costly damages.

“Using a watershed-based approach, conservation authorities (CAs) deliver effective and cost-efficient flood management programs across the province, partnering for many years with the Province, municipalities, and others,” said Gavine.

Prior to Ford’s cuts, $7.4 million in provincial funding was shared across the 36 conservation authorities towards this work, which will now be reduced by 50%.

In addition to forecasting floodings and issuing warnings, the conservation authorities also monitor stream flow, manage and operate $2.7 billion in flood infrastructures such as dams and dykes, regulate development activities in flood plains, and educate the public about flooding and protect natural cover that helps reduce the impacts of flooding.

The cuts come at a time when the province is hit with stronger and more frequent flooding events as a result of climate change impacts, according to Gavine.

In case you need a reminder of what Toronto looks like underwater, here’s what the city went through just last year: