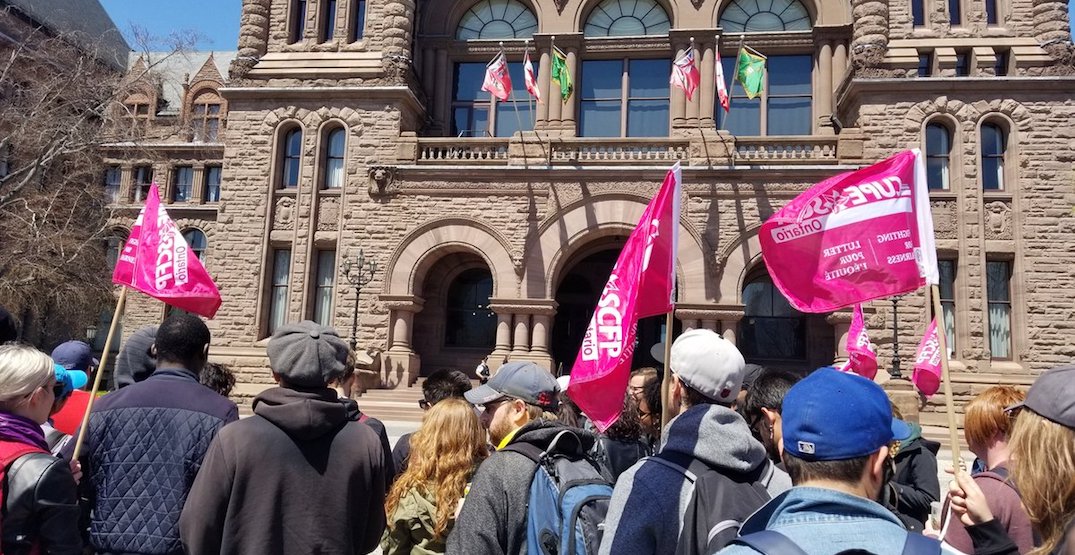 The Ontario Government is introducing legislation that, if passed, would end the York University strike.

The strike began on March 5, and has impacted approximately 39,500 students.

The proposed legislation would put an end to the deadlocked labour dispute and require York University to resume its normal operations, according to the province.

“We are disappointed that the parties were not able to come together to resolve this dispute in the best interest of thousands of students who have been adversely impacted by this situation,” said Mitzie Hunter, Minister of Advanced Education and Skills Development, in a statement. “It is now in the public interest for the legislature to take action to end the strike.”

The legislation governs labour disputes between York University and three bargaining units represented by the Canadian Union of Public Employees Local 3903 (CUPE 3903). If it passes, it would require any strike or lock-out at York University to be terminated, and all outstanding issues would be referred to binding mediation-arbitration.

At that time, the university and CUPE 3903 would have five days to agree on a mediator-arbitrator, or one would be appointed by the Minister of Labour or his designate.

CUPE 3903 represents about 3,000 contract faculty, teaching assistants, graduate assistants and research assistants at York University, and say they have all tried to negotiate a “fair collective agreement” with York for months.