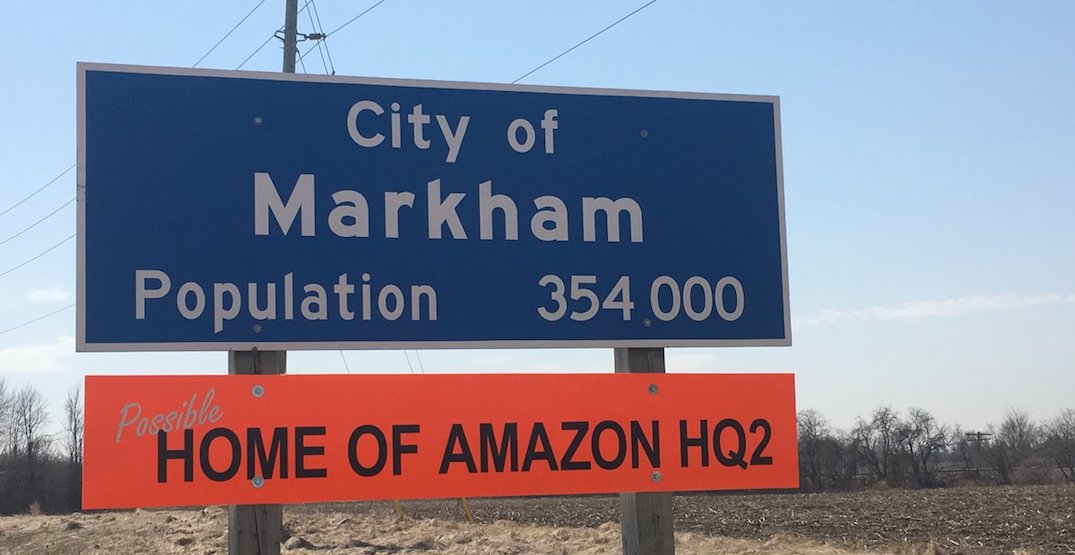 Markham is Canada’s high tech capital, and it wants the world to know it.

The world, but especially Amazon.

The City of Markham launched its #ChooseMarkham campaign on Monday, aiming to attract the bid for Amazon’s HQ2.

“Markham is a part of the Toronto-wide bid for Amazon’s HQ2,” tweeted Mayor Frank Scarpitti‏. “We are proud to be a part of the bid which demonstrates our strength as a region to compete globally.”

Anything is Possible with the international talent pool here in #Markham Most diverse city in #Canada High percentage of Post-Secondary educated workforce #chooseMarkham pic.twitter.com/y897RrFRIq

The GTA city proclaimed May 7 to 13 “Innovation Week” in Markham, a place that’s home to more than 1,500 high-tech and life sciences companies.

According to the City, more than 60% of Markham’s population has a post-secondary education, and it has the lowest industrial and commercial tax rates in region. 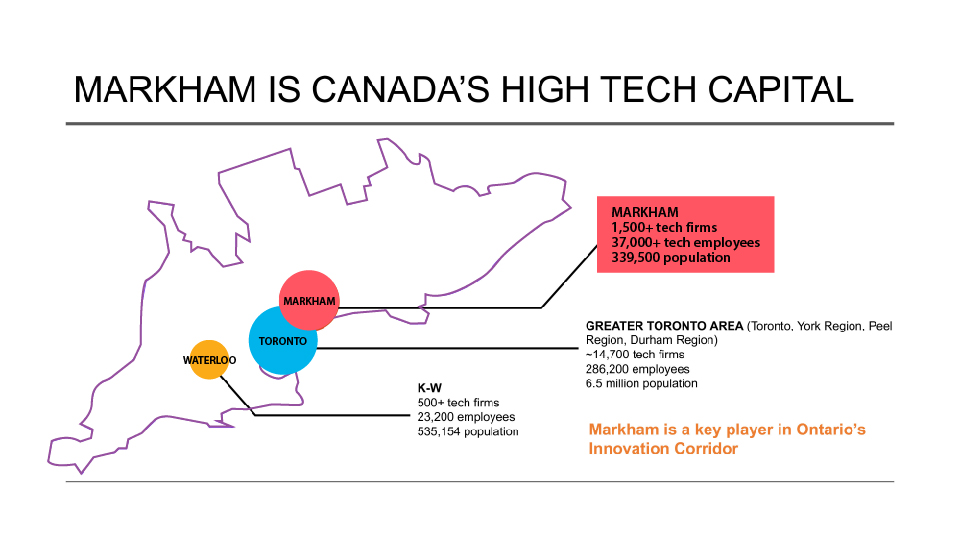 As Toronto continues its bid for Amazon’s new HQ2, Amazon officials were in the region in March as they visited the 20 shortlisted cities.

According to Toronto Global, the city held two days of meetings with the officials, who were “very interested in hearing more about our tech sector and the benefits that come from our publicly funded health care and education systems.”