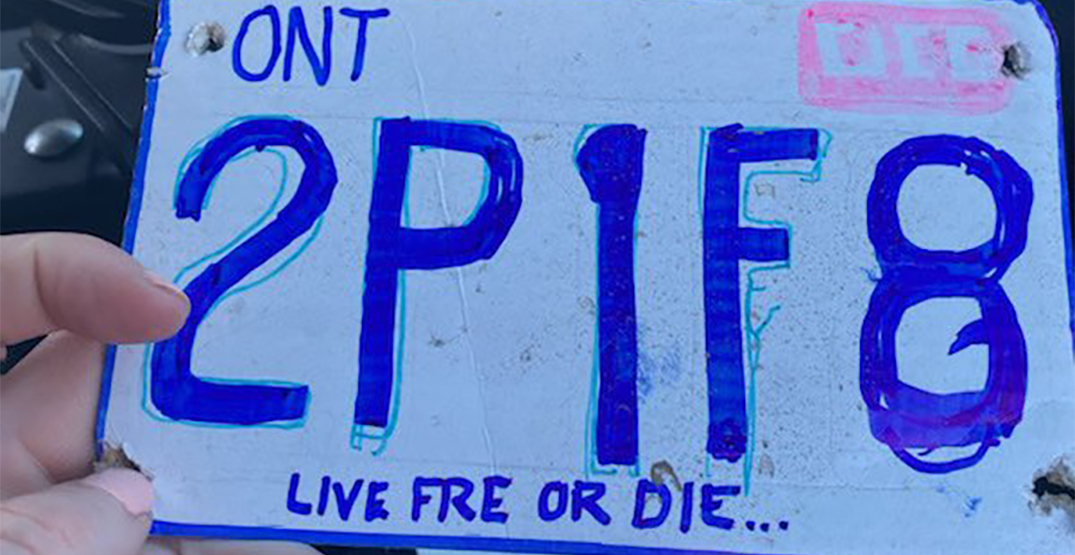 An Ontario driver, who was pulled over for having a fake licence plate, made it to The Tonight Show last week as Jimmy Fallon made fun of the ordeal.

In Kingston, Ontario,  police pulled the motorcycle driver over earlier this month because he had a hand-drawn licence plate, complete with spelling errors, mounted on his bike.

Sgt. Steve Koopman shared a photo of the hilarious plate drawn in blue marker with “Ont” at the top.

The driver missed out on the typical “yours to discover” or “a place to grow” slogans and instead donned the phrase, “live fre or die…”

We apparently have some burgeoning artists in #ygk. Patrol officers again snagged this beauty off of a motorcycle. Charged accordingly and given an ‘A’ for effort but an ‘F’ for spelling. #LiveFreOrDie #NewHampshireNorth pic.twitter.com/FBVxQwvG8K

The motorcyclist was charged for the error, and Koopman said the driver gets an “A for effort but an F for spelling.”

Fallon poked fun at the driver last week, asking if the motorcyclist tried to bribe police officers by handing them a post-it note with $20 written on it.