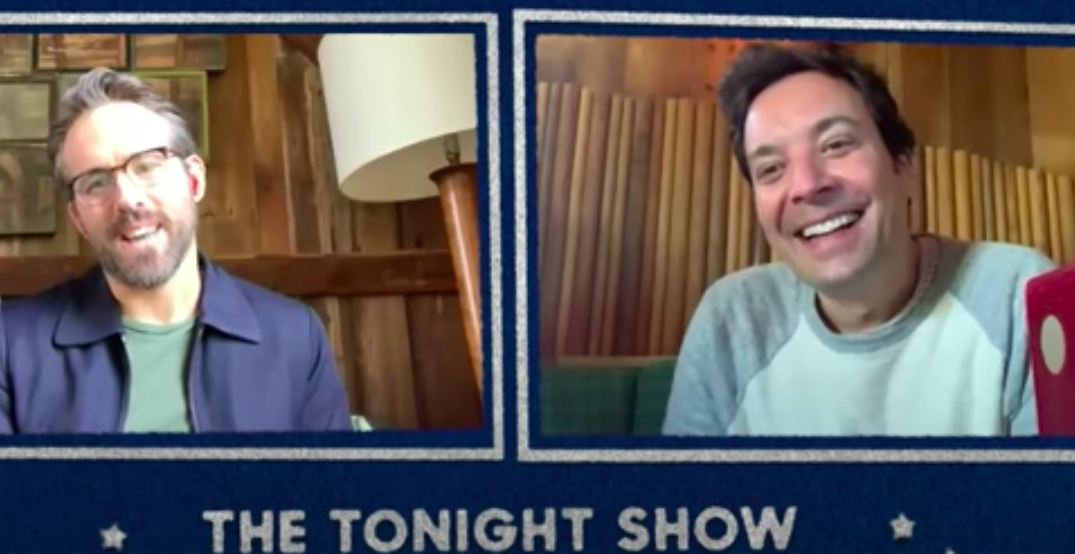 After Ryan Reynolds gave a virtual commencement speech last week to this year’s graduating class at his old Vancouver high school and offered to buy them all pizza, the Deadpool star has brought to light another BC connection – this time in a shout out to his brothers on late-night TV.

In an interview with The Tonight Show host Jimmy Fallon, Reynolds mentions his brother Patrick, who he says is a teacher at Surrey’s Coyote Creek Elementary School.

“He teaches third- and fourth-graders,” Reynolds said.“He’s an awesome guy. ”

Reynolds makes the comments after Fallon notes that it is Teacher Appreciation Week.

He notes his brother is “also an artist so he brings something special and magical to those kids each and every day, and I’m really proud of him.”

He then mentions he has another brother who works for the RCMP, Terry, and he does that over on Vancouver Island.

During the interview, Reynolds also talks about how quarantine life is treating him, the production of a movie starring him and The Rock that was cut short by the pandemic.