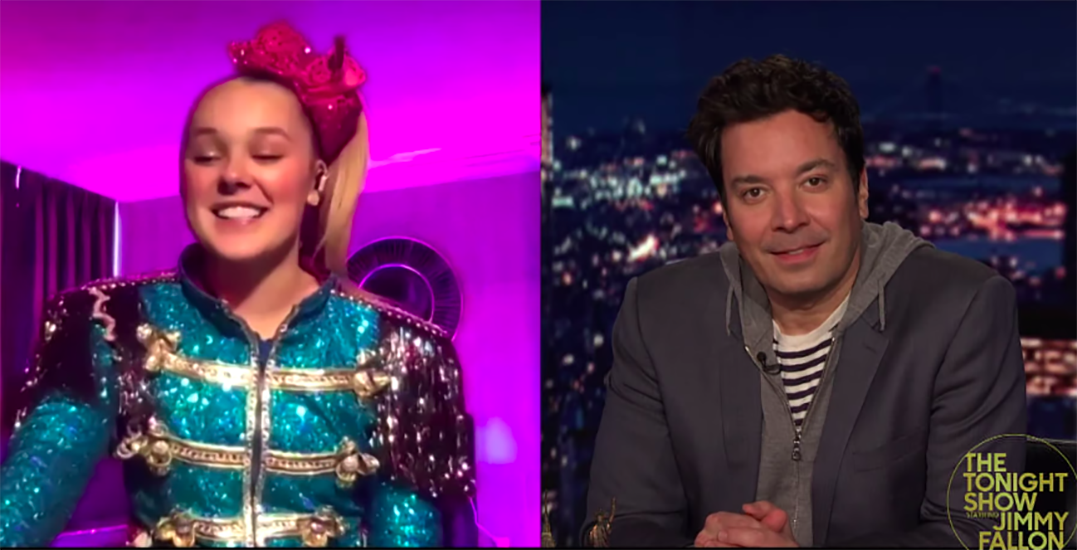 On Wednesday, the 17-year-old made a virtual appearance on The Tonight Show starring Jimmy Fallon, where she talked about her coming out journey, her successful hair bow business, and her current filming.

“So I right now am in Vancouver, Canada,” Siwa told Fallon. “I am so excited, me and my friends at Nickelodeon, we are making a musical and I’m so pumped up about it.”

She explains that the musical is centred around her life, “being yourself,” and “being true to who you are.”

“Even when the world is telling you that it’s not gonna happen, you’re believing because you’re you — and that’s what this movie is all about.”

Siwa added that she was extremely happy about the music being used, noting that she created 27 original songs for the project before cutting the selection down to six.

Siwa arrived in Vancouver last week and was spotted at the YVR International Airport. She also received a stunning rainbow-coloured cake from Gucci and Vancouver-based bakery The Cake & The Giraffe.

The upcoming musical will be titled “The J-Team.”