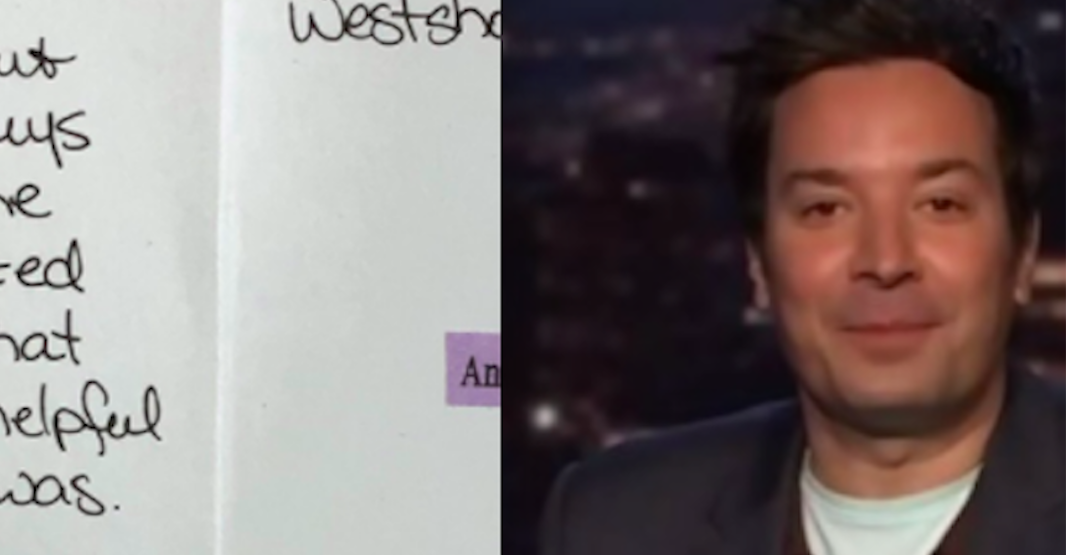 A glowing review of a Vancouver Island jail has now made it to the late-night talk show circuit.

Earlier this week, the West Shore RCMP shared a photo of a handwritten card they received on social media, noting that they “don’t often get thank you cards from people who ‘stay’ with” them.

@WestshoreRCMP don’t often get thank you cards from people who “stay” with us, but this was sure nice to see. 4.5 star rating to boot! 😀 pic.twitter.com/3vfLhzQOG4

The sender was especially thankful for the four jailers who they say “do a tough job and are often under-appreciated by the people in their care.”

“Thank you for your care and kindness while I was in your custody.”

A score of four-and-a-half stars is also written on the bottom of the card.

On Thursday night, the note was shared on The Tonight Show Starring Jimmy Fallon.

“A woman who spent several days in a jail in Canada did probably the most Canadian thing you could do,” said Fallon. “Keep in mind a Canadian jail is basically just a Courtyard Marriott.”

Fallon also joked that as a result of the note, “Travel and Leisure added the review to its top 50 detainment hotspots.”