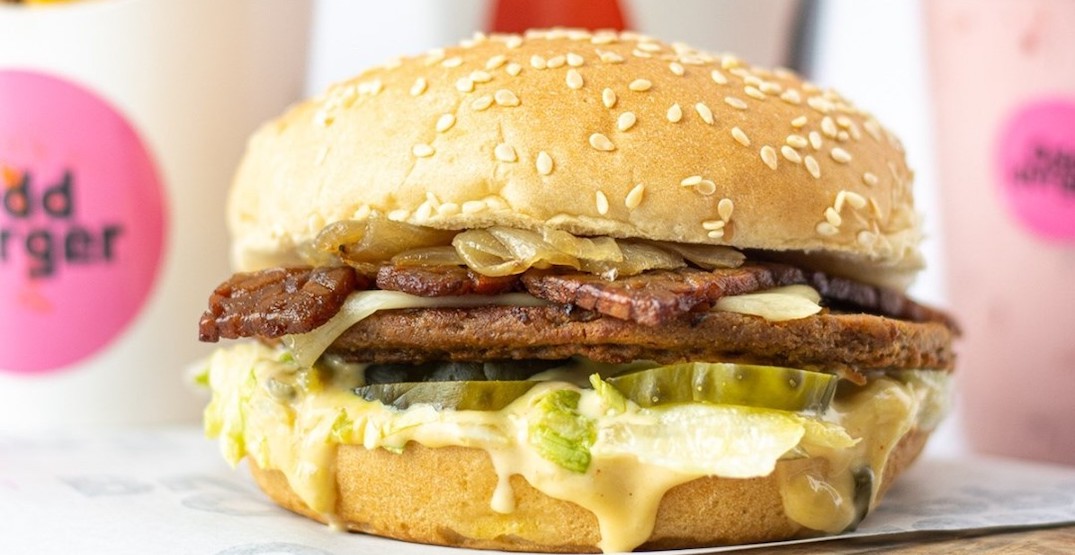 What was once Globally Local, a vegan food spot at 492 College Street known for its burgers, nuggets, and fries, has been taken over by the popular vegan fast-food chain Odd Burger.

Odd Burger opened its revamped location back in September and plans to open a second Toronto location at 731 Broadview Avenue this fall.

The food spot serves everything plant-based, from breakfast sandwiches to salads and wraps. They also have a pretty big dessert menu.

The chain has opened several locations across Ontario, in London, Hamilton, and Windsor, as part of its aggressive expansion.

They also announced they would be opening their first western Canadian location in Calgary, Alberta.