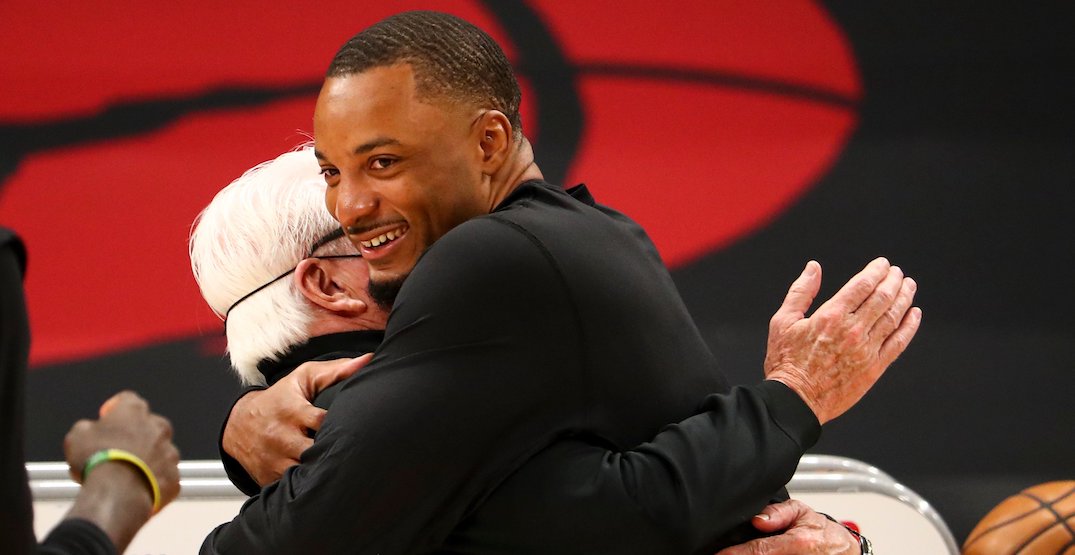 Former Toronto Raptors forward Norman Powell took to Instagram to say goodbye to the team, the fanbase, and the city of Toronto.

“Honestly, words can’t describe how thankful I am for the Toronto Raptors organization,” Powell wrote on Instagram. “You gave this kid from southeast San Diego a chance to fulfill a childhood dream of not only playing in the NBA but also winning a[n] NBA Championship.”

“From the moment I got out [of] the car in Maple Leaf Square for my pre-draft workout in 2015, I felt Toronto was the place for me. I’m truly going to miss the city, fans, my teammates and all the relationships I’ve built over the past 6 years.”

Toronto traded Powell to the Portland Trail Blazers at the NBA Trade Deadline. They received Rodney Hood and Gary Trent Jr in the deal.

The 27-year-old guard was drafted in the second round, 46th overall of the 2015 NBA draft by the Milwaukee Bucks, but was traded along with a 2017 first-round pick that would turn out to be OG Anunoby for Greivis Vasquez.

“Thank you for embracing me and my Understand The Grind mentality as one of your own,” Powell added.

“The love and support never went unnoticed. I am grateful and blessed with many memories and experiences that I’ll never forget. Toronto will always be in my heart. I’m looking forward to the next chapter and the journey ahead.”

This season, in three months with the Raptors, Powell averaged a career-high 19.6 points per game. In his return against Toronto, he finished the game with 13 points and three rebounds in 27 minutes for the Trail Blazers.

Raptors fans also flocked to social media to share their favourite memories of the UCLA product, with #ThankyouNorm trending on Twitter during his return game.