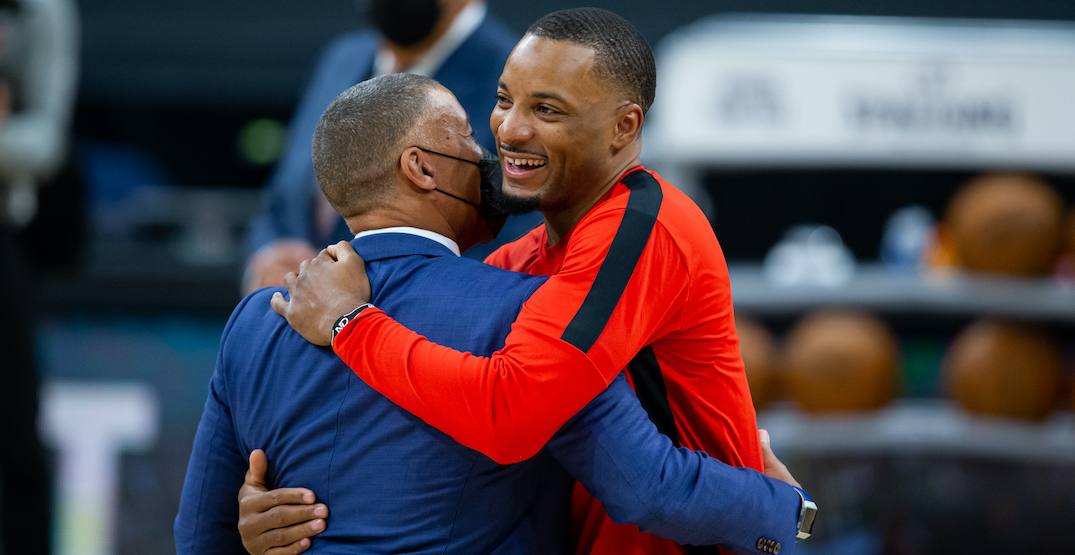 Many Toronto Raptors fans took to social media this weekend to thank Norman Powell for his time with the Raptors after he returned to face the team that traded him away just days ago.

Powell suited up in a Portland Trail Blazers uniform for the first time against the Raptors since being traded in a deadline deal that netted Toronto Gary Trent Jr and Rodney Hood.

Despite the loss, many Raptors fans took the game as an opportunity to thank Powell for his work with the team, including helping the team with a big dunk during the 2016 playoffs and winning the NBA championship in 2019.

#ThankyouNorm started trending on Twitter in Canada with fans sharing their favourite memories of his five seasons playing with the Raptors.

#ThankyouNorm for everything u were. You embraced Canada & everything Canadian, even wore the poppy. For being welcoming, caring & so down to earth. #ThankyouNorm for shaking my hand that day even & for all the memories u gave us. pic.twitter.com/0uZfvTZt0Y

We'll always have the dunk against the Pacers in '16 and the Osmow's commercials. #ThankYouNorm https://t.co/bz2PmDZQgx

#ThankYouNorm! Loved watching you slam that ball with attitude. Not gonna lie, it will be hard watching you do that against us now. Wishing you all the best from TO… you deserve all the good that's coming your way. ❤🍁 pic.twitter.com/By8SbqlQQi

-5 1/2 years
-accepted the new country 🇨🇦
-kept the Raptors alive. Integral in TO winning a Championship
-lived by and shared his ideal of Understanding the Grind#ThankYouNorm
🙌💯

Sad to see u go but wat a great team to land with. Thank u for everything u've done for our team and city, wishing u all the best in Portland. Blazer fans, ur in for a treat and I hope he helps lead you to the finals one day! #ThankYouNorm#WeTheNorth #ripcity pic.twitter.com/I3gNYq5Qvq

I will alway miss Norm Powell. Thank you for all you have done here, especially your community work. 💜#ThankYouNorm

You guys are getting a good player, a great teammate and an even better person off the court.

He brings a work ethic and a level of commitment matched by very few.#ThankYouNorm #RespectTheGrind #WeTheNorth #RipCity

With all this reminiscing of Powell on the Raptors, it appeared that even the man himself briefly forgot that he was playing for a new team.

During the start of the game, the UCLA product forgot which team he was playing for and accidentally lined up with the Raptors for the tipoff.

Norman Powell forgot he's not on the Raptors anymore

Lined up on the wrong side of the court before tipoff 😂 pic.twitter.com/uNeVizCC3e