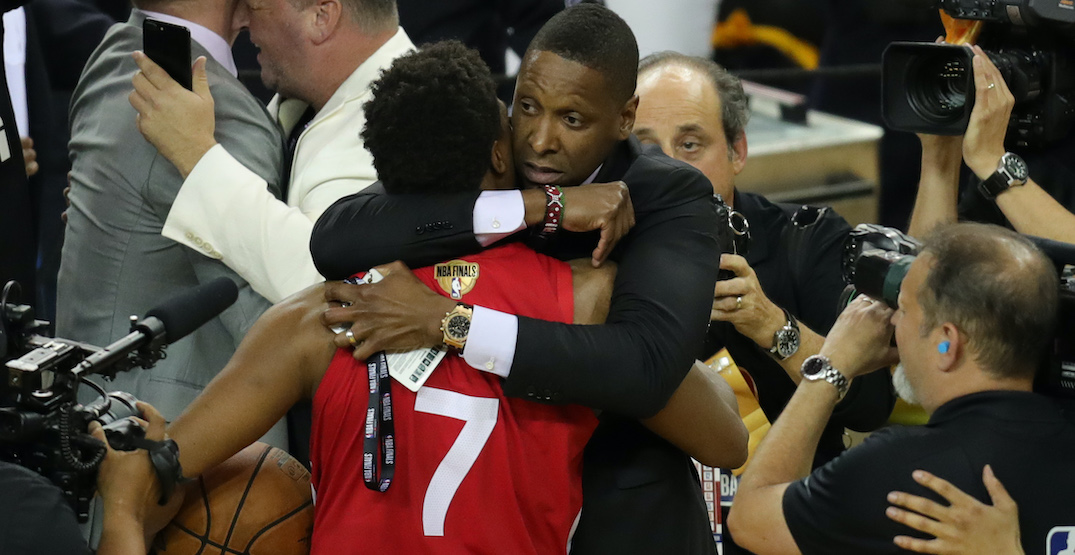 The NBA trade deadline has come and gone. Now that we know Kyle Lowry will be sticking around for the rest of this season and Norman Powell has been traded to the Portland Trail Blazers, the most prominent developing situation involving the Toronto Raptors is team president Masai Ujiri.

Ujiri’s contract expires at the end of the year, and many have speculated what his future holds. However, Ujiri has kept this whole situation close to the chest and reiterated that during his post-trade deadline press conference.

“[I] love this team, love everything about this organization, and we will visit [a contract extension] at the end of the season and I think that’s fair on every side,” Ujiri said.

The 50-year-old has been with the Raptors since 2013, and his arrival sparked a turnaround within the team that saw him make savvy moves like trading Rudy Gay during his first season in charge in 2013-14, and acquiring Kawhi Leonard and Marc Gasol that led to a championship in 2019.

“That place is incredible,” Ujiri said when talking about the Raptors organization. “The ownership, city, the country, everything it stands for. I wish it on anybody in this world that can experience it, it’s incredible. Anybody that can experience my position, God bless you. It’s a big, it’s a big, big blessing. There’s nothing else I can say about the Toronto Raptors. It’s amazing.”

Ujiri has also been praised for his work off the court with his Giants of Africa program. It is a basketball camp designed to help African youth and grow the game of basketball in the continent.

As this season comes to an end, the rumours surrounding Ujiri’s future will persist. However, he also feels that he is a member of the Raptors for life, no matter what happens.

“It doesn’t matter what happens, Raptors is inside here,” Ujiri said while pointing to his chest. “It’s in the blood. This is what we live, this is what we do. I love doing it, I love it to death.”