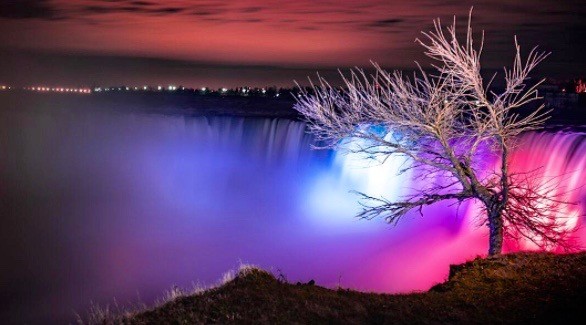 Niagara Falls is about to get lit.

The official unveiling of the new and improved Falls Illumination in Niagara Parks takes place this Thursday. A full celebration, including fireworks, is scheduled for the evening.

The illumination of the Falls was first made permanent in 1925, according to Niagara Parks. The original lights were replaced in 1974, and updated in 1997. Almost 20 years later, the city of Niagara Falls, along with The Niagara Parks Commission, Ontario Power Generation and New York State Parks, Recreation and Heritage Preservation, contributed $4 million towards the modernization of the lighting system.

Join us this Thursday at dusk to witness the official unveiling of the new Falls Illumination in Niagara Parks. Featuring live music and fireworks, watch as Niagara Falls goes dark right before we flip the switch and reveal this 91-year-old display made modern! Photo: @argenel #NiagaraParks

The new lights will require minimum maintenance, and will use 82 per cent less power than the current lights.

The big unveiling will start just after 6 pm on December 1.

And yes, it will be worth the drive.