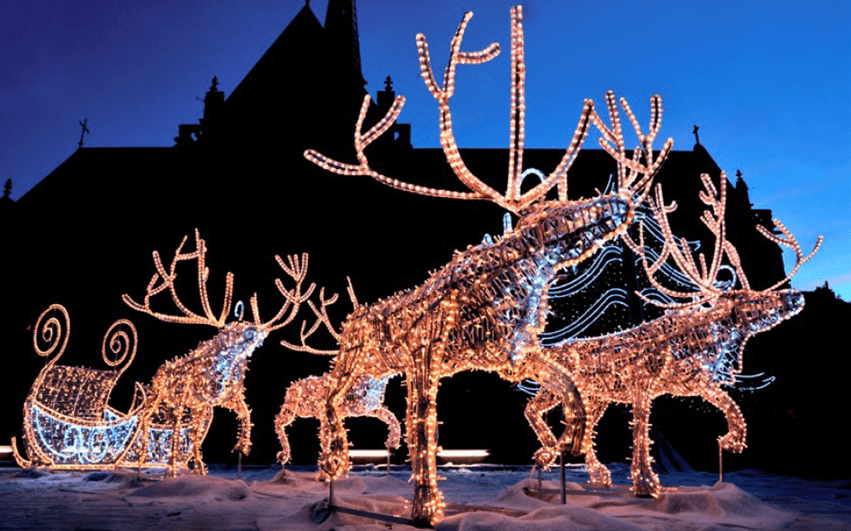 Winter is coming… in a wonderland form!

A hop, skip, and drive away, Niagara Falls’ Winter Festival of Lights returns on November 19, lighting up the small city.

The 38th annual winter tradition stretches over 8 kilometers in Niagara, and will run through to the end of January. The Ontario Power Generation Winter Festival of Lights began back in 1983 and is Canada’s largest illumination festival and the premiere illumination festival in North America, attracting over 1 million visitors and hundreds of motor coaches annually.

The free event attracted over a million visitors last season, a number expected to go up this year with the addition of the festival’s new 3D Projection Mapping show. There will also be the annual light shows, fireworks, family entertainment, festival of stars, and of course, the grand opening ceremony.