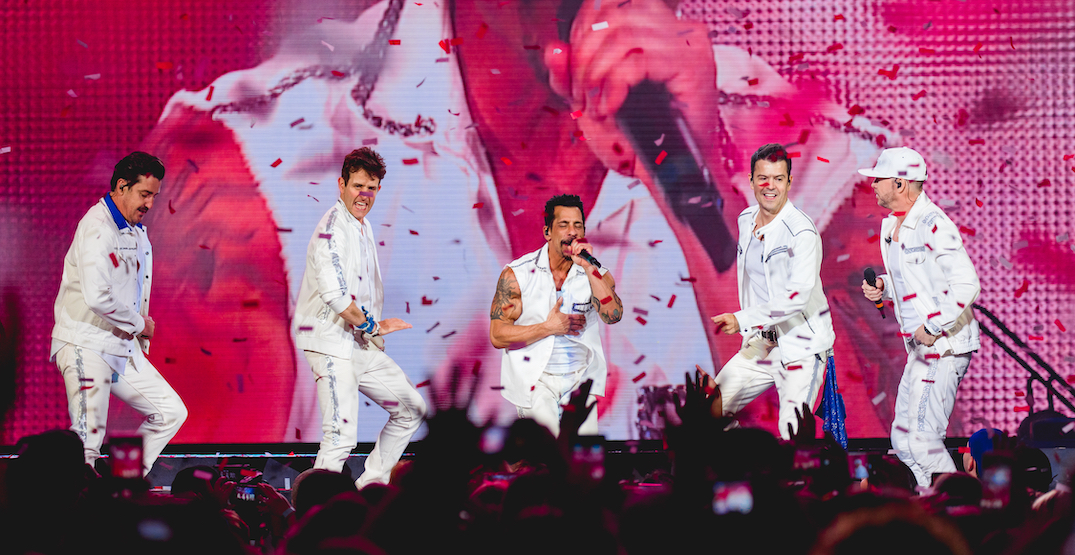 They’re back! New Kids On The Block have announced their concert dates for their 2022 tour and Toronto just so happens to be on the list.

The multiplatinum-selling pop group will be in Toronto for their MixTape Tour next year.

Their Toronto concert is set for June 22 at the Scotiabank Arena. And it’s their only Canadian stop on the tour.

It’ll be a blast from the past as the group is also bringing along Salt-N-Pepa, Rick Astley, and En Vogue as their special guests.

Getting that confetti ready because we’re coming to a stage near you in 2022!! 🎉 We’re bringin’ our friends @TheSaltNPepa, @rickastley and @EnVogueMusic along for the ride! Sign up for Block Nation in order to get presale access here: https://t.co/WaKzEi6zrF #MixtapeTour2022 pic.twitter.com/5FKeoI8JJv

“We had a blast out on the first MixTape Tour in 2019, and can’t wait to take it to another level with our fans on the MixTape Tour 2022,” said Donnie Wahlberg via press release.

“Just like a mixtape, these shows are going to take audiences through all the emotions. To be able to have Salt-N-Pepa come back and now also have the iconic and legendary Rick Astley & En Vogue join the tour… we could not be more excited. Let’s GO!”

The 50+ date tour will begin May 10 in Cincinnati, Ohio and make stops in arenas across the U.S before it wraps up on July 23 in Washington, DC.

New Kids on The Block Tour

New Kids on The Block in Toronto

Tickets: On sale on October 8 through Ticketmaster.