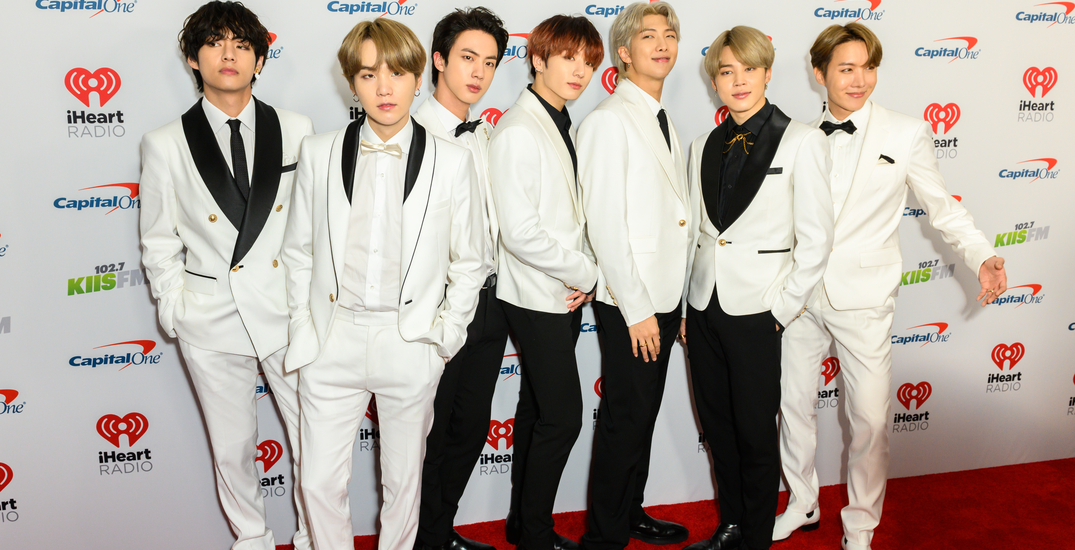 The group’s record label, Big Hit Music, announced on August 19 that BTS’ entire Map of the Soul Tour has been cancelled for the time being.

In a statement shared on fan platform Weverse, the label said the decision was made due to circumstances beyond their control.

“Our company has worked hard to resume preparations for the BTS Map of the Soul Tour, knowing that all fans have been waiting eagerly and long for the tour,” the statement reads.

“However, due to changing circumstances beyond our control, it has become difficult to resume performances at the same scale and timeline as previously planned.

“Therefore, we must announce the cancellation of the BTS Map of the Soul Tour. ”

The Map of the Soul Tour was supposed to see the group perform back-to-back concerts at the Rogers Centre on May 30 and 31, 2020.

According to Big Hit Music, fans who purchased tickets for one of BTS’ North American shows will get an email from the seller regarding a refund.

“Once again, please allow us to offer our sincere apology to all fans who have waited for the BTS Map of the Soul Tour to resume,” Big Hit Music’s statement reads.

“We are working to prepare a viable schedule and performance format that can meet your expectations, and we will provide updated notices as soon as possible.”