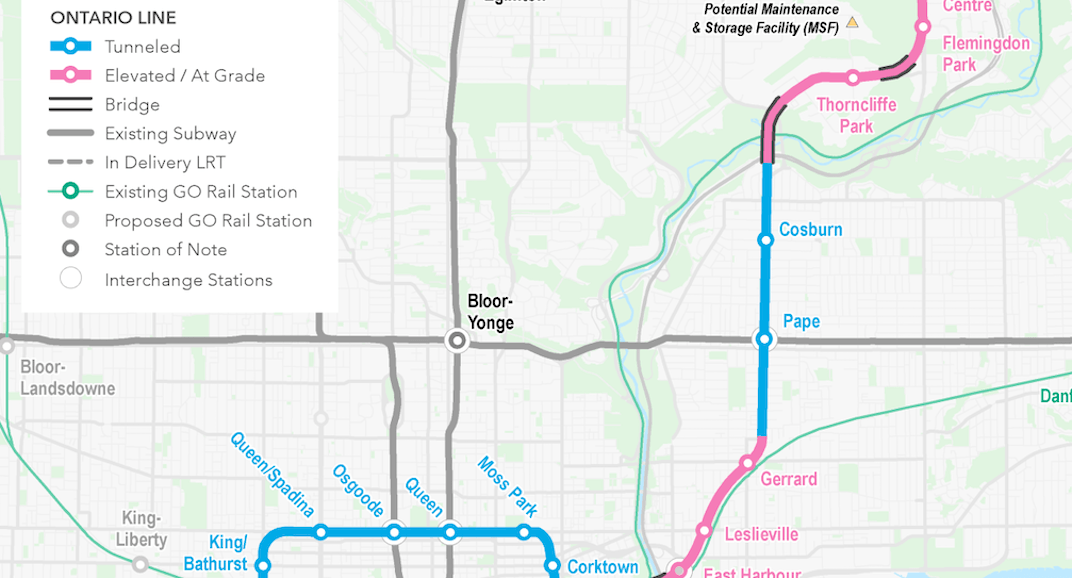 The relief line is going to look significantly different than what the City of Toronto originally approved.

Previously, the Ford government said the relief line, which has been dubbed the ‘Ontario Line,’ would more or less follow the city’s initially proposed 7.5-km line, while also extending further east to connect to the Ontario Science Centre and further west to reach Ontario Place.

But an initial Busines Case from Metrolinx suggests the Ontario Line will no longer have as much overlap as what was first considered, and will now be nearly double in size, spanning 15.5-km.

“Metrolinx and Infrastructure Ontario have developed an option for a new rapid transit line – the Ontario Line – based on the existing plans for the Relief Line South subway and initial analysis for the Relief Line North extension, to better expand the transportation network as well as allow for faster delivery and cost-optimization,” reads the report.

The initial business case suggests that the Ontario Line will have 15 stations, as opposed to the initial eight. This includes six interchange stations and 17 new connections to GO Transit, existing subways, and streetcars.

The ambitious new plan would better connect the people of Ontario, the report suggests the line could be completed by 2027, as opposed to Mayor John Tory’s previously accelerated timeline of 2029. 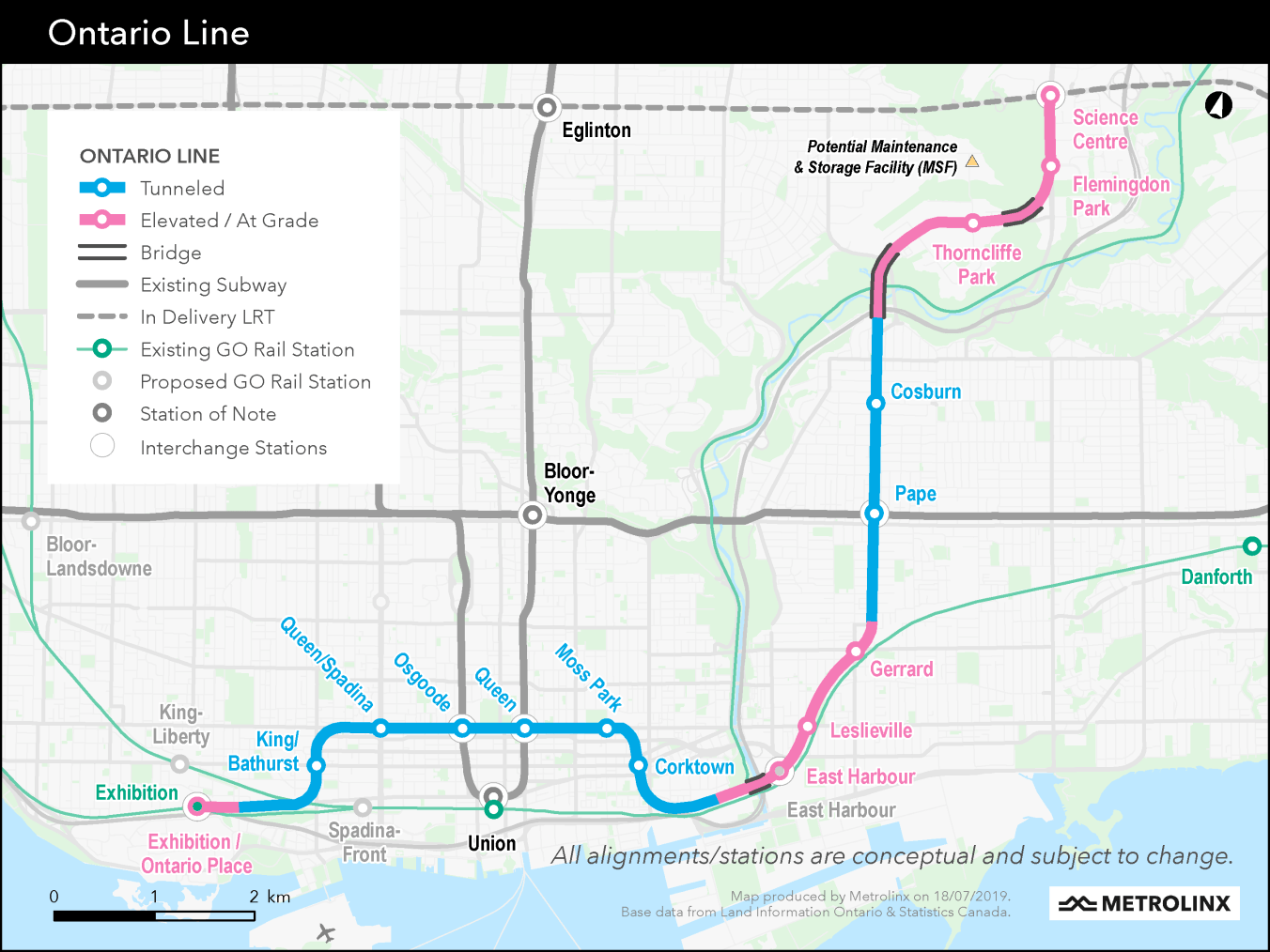 Provincial NDP leader Andrea Horwath said, Ford’s new plans will throw away “hundreds of millions of dollars worth of planning, and delaying subway building by years, or even decades.”

“As much as Doug Ford might like to be, he isn’t the Mayor of Toronto. He owes the City of Toronto and the people of Toronto the answers to dozens of questions they submitted months ago,” said Horwath in a statement.

Horwath suggested Ford’s new plans were kept secret, and that the people of Ontario “deserve a government that works collaboratively with other levels of government to get transit built” not independently.

Tory, who has repeatedly said any decision on the city’s subway system line needs to be in the best interest of the people Toronto, said the city and TTC staff are working to test every claim the province has made regarding the Ontario Line.

He said they are determining the feasibility of the changes the Ford government is suggesting, given the time and money the city has already spent moving the Relief Line to a point where shovels would have soon been in the ground.

The initial business case is the first stage of the evidence-based decision-making process, according to Metrolinx.