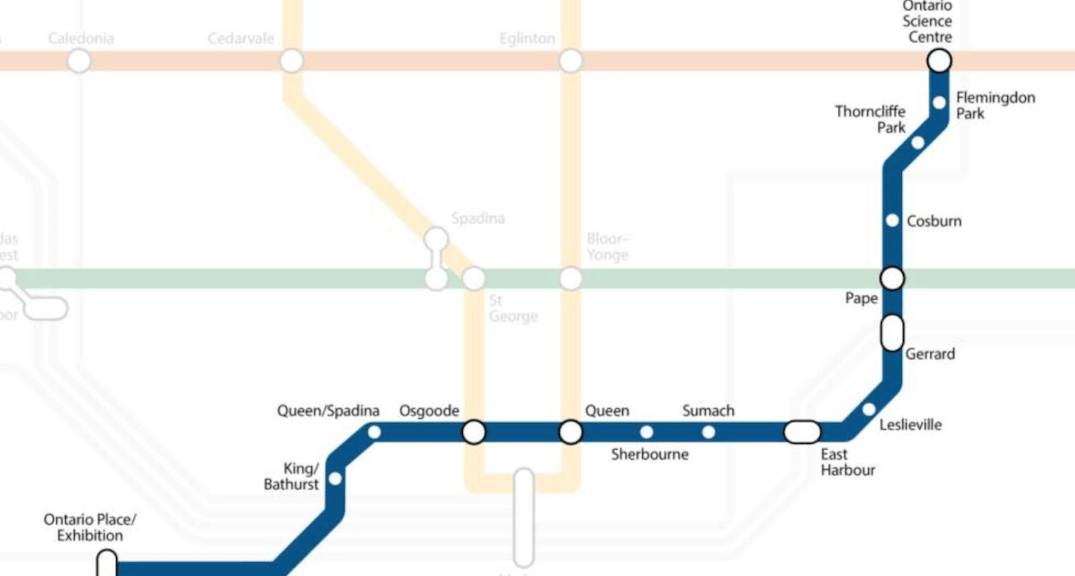 As the Ontario PC government tabled its first budget, it also released further information about its newly proposed Ontario Line.

On Wednesday, the government announced it is making the single largest capital contribution to new subway builds and extensions in Ontario’s history.

“The province has considerable expertise in planning, designing and delivering transit projects,” reads the Budget. “When this expertise is combined with the province’s unique ability to expedite construction through various legislative and regulatory measures, the province is uniquely positioned to create a more functional version of the Downtown Relief Line — a project that everyone wants built.”

According to the 2019 Ontario Budget, the City of Toronto is currently focused on building “the Relief Line South” project, which is reported to cost $6.8 billion with an additional estimated $1.5 billion for the expansion of the Greenwood Yard to accommodate the new line, bringing the total cost to $8.3 billion.

The province says city officials recently advised that the true cost of this project will significantly increase relative to the figures released publicly.

And the government also plans to expand the current route of the Relief line to:

– Extend north past the planned terminus of Pape Station to a new terminus station at the Ontario Science Centre — largely consistent with the “Relief Line North” proposal;
– Develop a better design for the planned stations that would connect with other rail
infrastructure, such as the proposed East Harbour Station and its intersection with the GO Transit rail network; and
– Extend the west terminus of Osgoode Station through the King and Bathurst downtown core to a new terminus station at Ontario Place 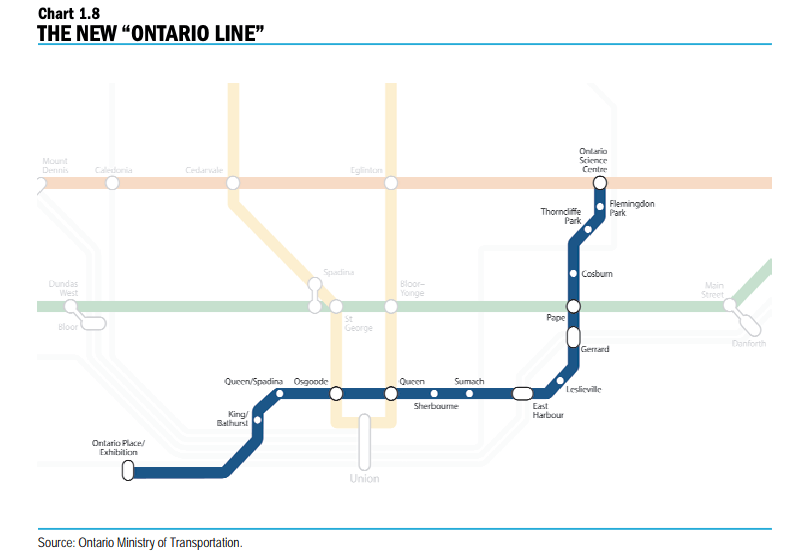 Doug Ford’s government says it believes that the new Ontario Line could be operational well in advance of the 2029 target set by the City for the Relief Line South project.

The preliminary cost estimate for this project — including the additional kilometres of track, new stations, rolling stock and a storage yard — is $10.9 billion, subject to market bids.

“The Ontario Line is expected to represent more quality and service at a cost that is incrementally higher than the current publicly estimated budget for the Relief Line South project, and in all cases, would be cheaper than what the Province anticipates to be the City’s revised estimate,” says the province.

“The Province will deliver transit for the people, even if the other levels of government will not,” said Doug Ford, in the Budget.