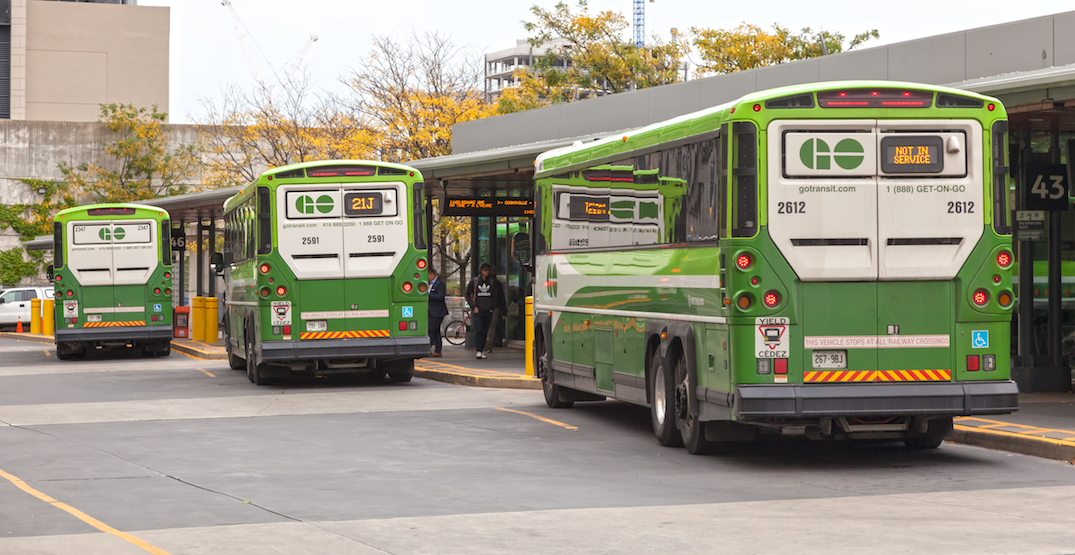 At Thursday’s Metrolinx board meeting, the board of directors reviewed an updated bus service plan that calls for 15-minute service on core routes.

The proposed changes are part of Metrolinx’s three-year bus transformation plan, which includes transforming GO Buses service into a “Regional Express Bus.” The 15-minute service, the report says, will allow riders to simply “show up and go.”

Although no exact routes were specified, the meeting documents say that express service would focus on areas where the GO customer need is greatest and growing, which is largely between 905 communities. Metrolinx is predicting that trips between 905-area communities will make up more than half of all travel demand by 2041.

The three-year bus plan also calls for a continued focus on integrating the GO network with local transit to improve connectivity and extend customer reach.

The board of directors presentation covered other recent changes Metrolinx has made to its GO buses, including the introduction of seatbelts on a new fleet of 46 buses.

The change was spurred by Transport Canada’s recently passed legislation mandating that all medium and large highway buses built after September 1, 2020, have seatbelts for passengers. Metrolinx is currently looking into whether it can retrofit its existing fleet of buses with seatbelts as well.