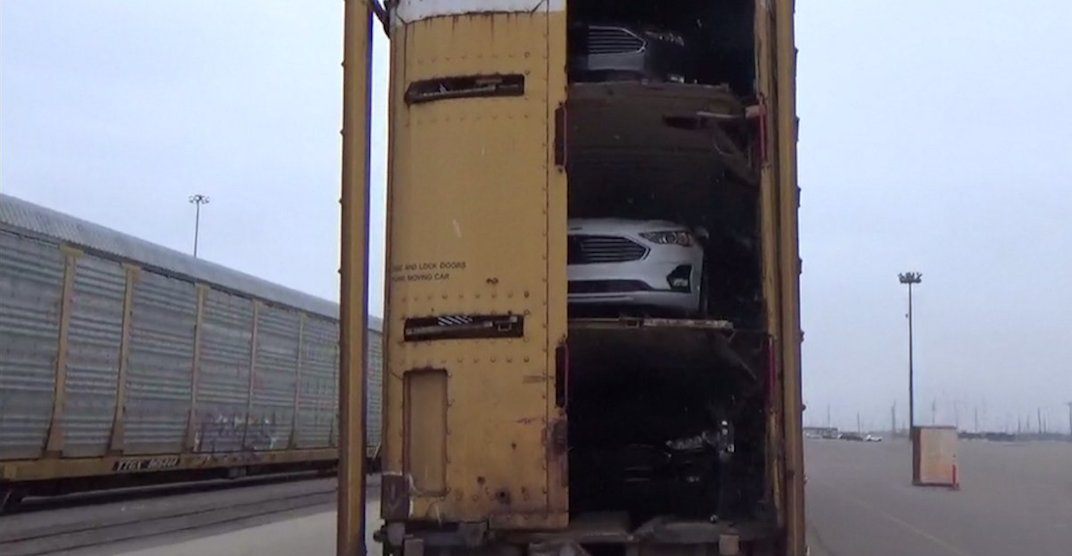 Police say they have busted an alleged international drug smuggling operation involving methamphetamine stashed in new cars built in Mexico and being shipped into Canada.

At a press conference on Wednesday, Ontario Provincial Police said employees at four Ford dealerships throughout the province discovered drugs hidden in spare tires that didn’t match the make and model of the cars being shipped.

The dealerships then contacted authorities who began an investigation and worked with Ford to track down the destinations of other Ford vehicles being shipped from the same area.

During the investigation, they found vehicles that had also been dispersed to Quebec and New Brunswick.

In total, 180 kilograms of meth was located inside the vehicles shipped into Canada and the OPP estimates the street value is around $4.5 million.

Police said they believe the shipment was part of an operation run by the Sinaloa Drug Cartel, an international organized crime syndicate.