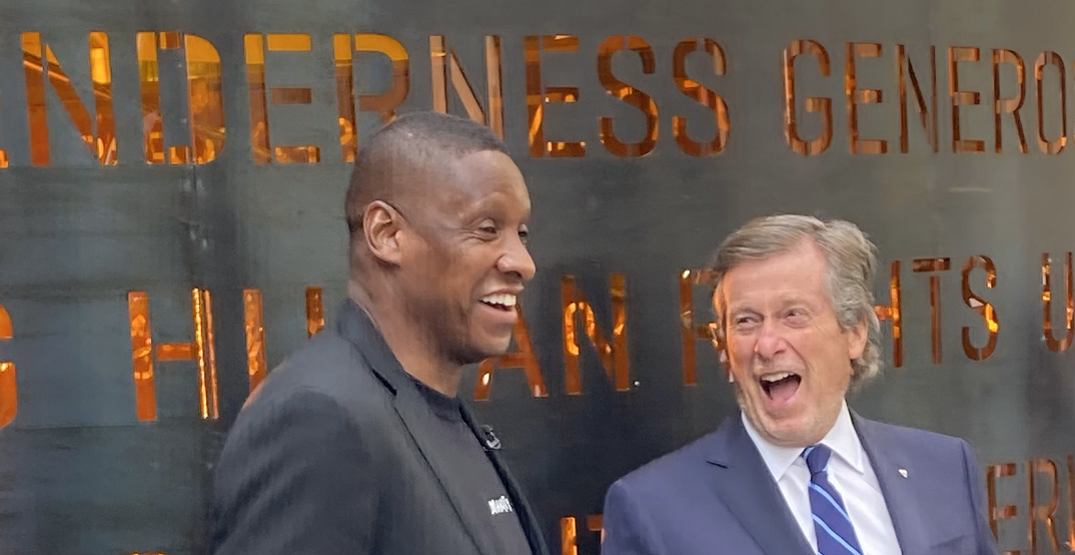 And amid uncertainty about Ujiri’s future in the city this summer, Tory said he personally phoned up MLSE to make sure they did everything in their power to keep Ujiri around long term, who was one of the masterminds behind the 2019 NBA champion roster.

Mayor Tory spoke about the phone call during an unveiling of a new public art installation outside of Union Station, curated by Ujiri.

“I called to say we need him to stay here,” Tory said Wednesday at the unveiling. “I don’t interfere often with these kinds of things. It’s not right for me to do so. But in this case, I felt that it was [necessary] because… he built a championship team here. He’d be the first to say it was with the help of a lot of other people. And he will build a championship team again. But I called because I said that the city of Toronto needs Masai to be here.”

Ujiri’s art installation, titled Humanity, will be in front of Union Station until October 31.

Tory pointed to Masai’s work with the Giants of Africa Foundation in addition to Ujiri’s on-court accomplishments as a basketball executive.

Tory also said that Ujiri helps foster a sense of inclusiveness within the city.

“You need role models,” Tory said of Ujiri. “You need people that others look up to and to see as a role model and bring people together.”