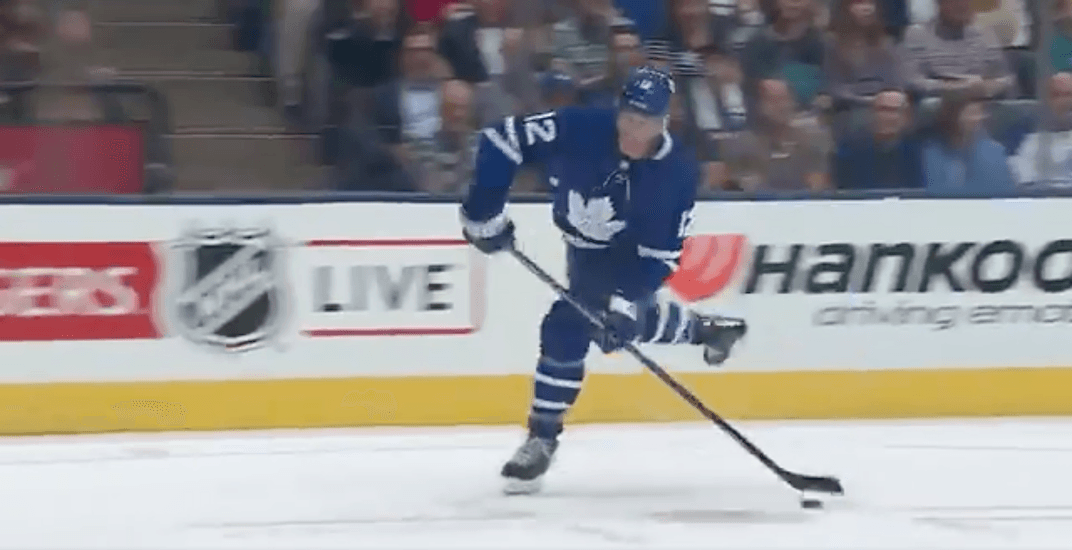 The Maple Leafs’ big offseason signing wasted no time endearing himself to the home crowd on Tuesday, scoring in the first period of his first game.

It’s still preseason, mind you, but the 38-year-old forward gave an indication that there’s still plenty of gas left in the tank.

Patrick Marleau is fitting in just fine with the Blue and White. #LoveThisGame pic.twitter.com/N5PkIssaAW

Marleau was nonchalant about the goal, as the crowd at the Air Canada Centre went crazy. He looked like a guy who had done that many times before, because well, he has. The Swift Current, Saskatchewan native has 508 career NHL goals, all with San Jose. He signed a three-year $18.75 million contract to come to Toronto this summer.

The Leafs went on to lose to Ottawa 5-2, as they continue preparing for the start of the regular season. Their next game is Friday against the Buffalo Sabres.