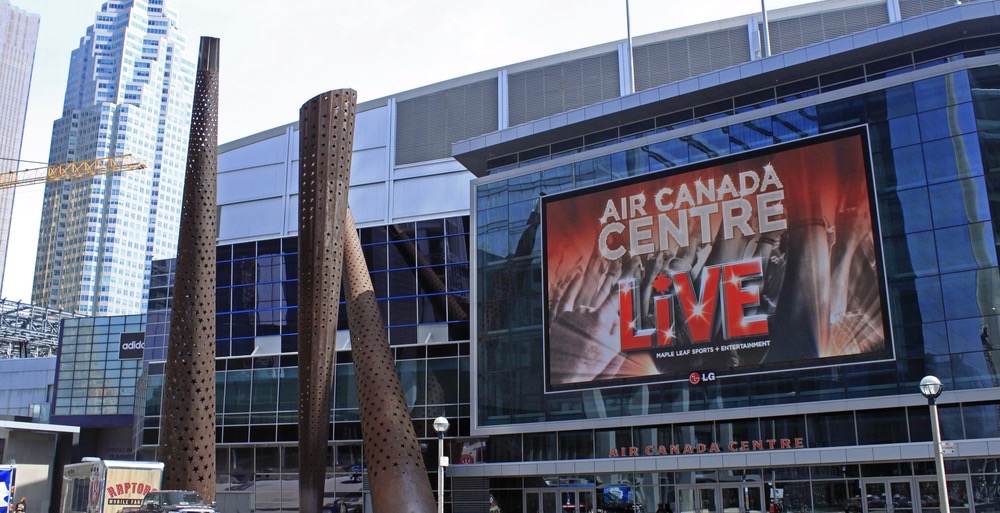 Hockey season is almost here. And as the Air Canada Centre (ACC) prepares for the busy months ahead, it has also announced that new security measures will be in place this year.

The massive sports and entertainment venue is home to the Toronto Maple Leafs hockey club, Toronto Raptors basketball club, and the Toronto Rock lacrosse team. Which means it houses thousands of fans for different events nearly every single day of the week.

Many Torontonians would head to games or events right after work, bringing with them laptop or work bags. But this will now be changing.

The ACC has introduced new security policies that restricts large bags. The new policy, which was effective September 1, limits bags that are larger than 14″x 14″x 6″. Bags larger than that size will not be allowed into the arena. According to the ACC, “permitted bags should be soft-sided and able to fit completely beneath an arena seat.”

Further to the bags, the ACC is also changing its re-entry policy. There will no longer be any in-and-out privileges at all ACC events.

Better make sure you leave the bags at home this year, and grab everything you need before entering the arena. Because once you’re in, there’s no way out… until the end of the game.