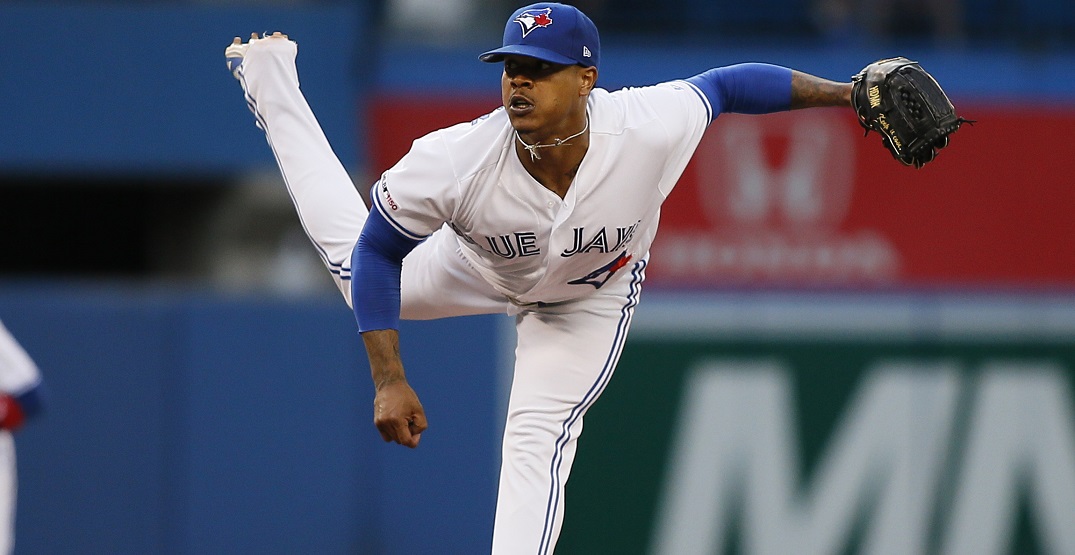 Former Blue Jays pitcher Marcus Stroman has never been known to shy away from sharing his love for Toronto.

A first round pick of Toronto’s back in 2012, Stroman spent six seasons as a member of the Blue Jays, making 129 starts.

The Mets finished their season 77-85, despite spending over 100 days in first place in the NL East division.

Stroman started two of the biggest Jays playoff wins in recent memory: the 2015 ‘bat flip’ game against the Texas Rangers in Game 5 of the 2015 ALDS, and the 2016 AL Wild Card  game where Edwin Encarnacion hit a walk-off homer in the 13th inning for the Jays to advance back to the ALDS.

Stroman was sent to New York back in 2019 in a trade for prospects Anthony Kay and Simeon Woods Richardson, and signed another one-year deal after sitting out the 2020 season due to the COVID-19 pandemic.

On Sunday, the pending free agent Stroman was cheering for his old team to make a playoff push that ultimately fell just a little bit too short. Now a member of the New York Mets, Stroman tweeted out he was “praying” for a Washington Nationals comeback against the Boston Red Sox, which could’ve triggered a tiebreaker game for the Blue Jays.

Man, I feel for the @BlueJays right now. Praying the Nationals comeback in the 9th. Wanted to see that Canadian squad in the playoffs more than anything. Beyond bright future for them regardless! 🗣🇨🇦

Stroman didn’t stop there with his Jays praise though, replying to Toronto content creator Karissa Hines about the team’s future.

Stroman then even teased the possibility of returning north of the border.