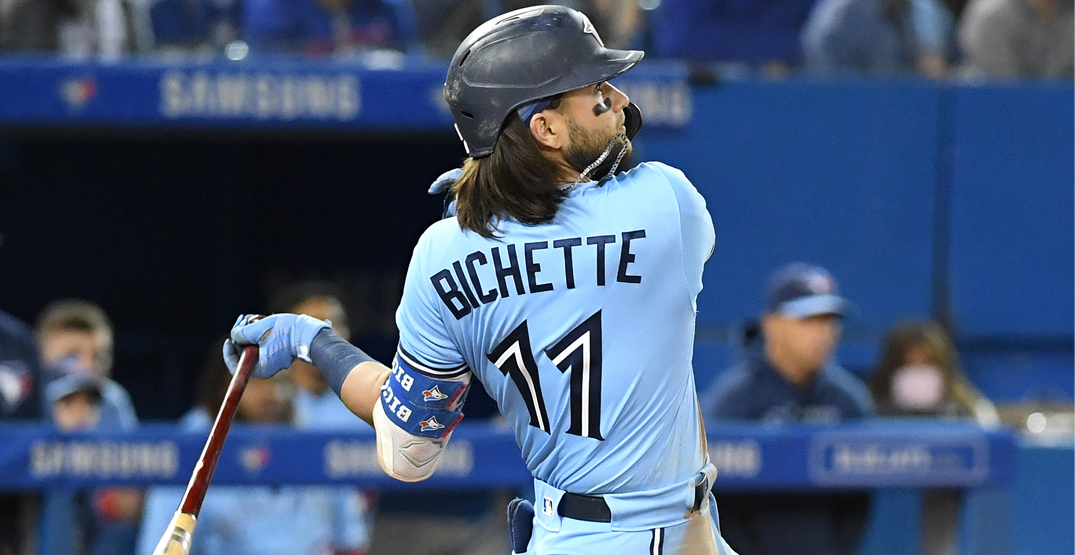 As antiquated as a stat as it might be, crossing the 100 RBI threshold is still an impressive accomplishment… let alone four in the same season for the Toronto Blue Jays, which set a new franchise record.

There is a quartet of new inductees into the 100-RBI club for the Blue Jays history this year, making 25 members total in the club’s 44 year history. If you think you can name all 25 100+ RBI hitters for the Blue Jays, go nuts!

Some players are completely obvious, and others are total outliers and one-offs from years past. But if you’ve been watching the Blue Jays this year, you should have four names straight out of the gate.

In case you don’t want any spoilers, here are the answers below. Last chance!

As old school as a statistic as RBI’s are, the Blue Jays added four new members to this super-exclusive club this season alone. And when there are this many players in the same lineup atop the leaderboard, good things are happening.