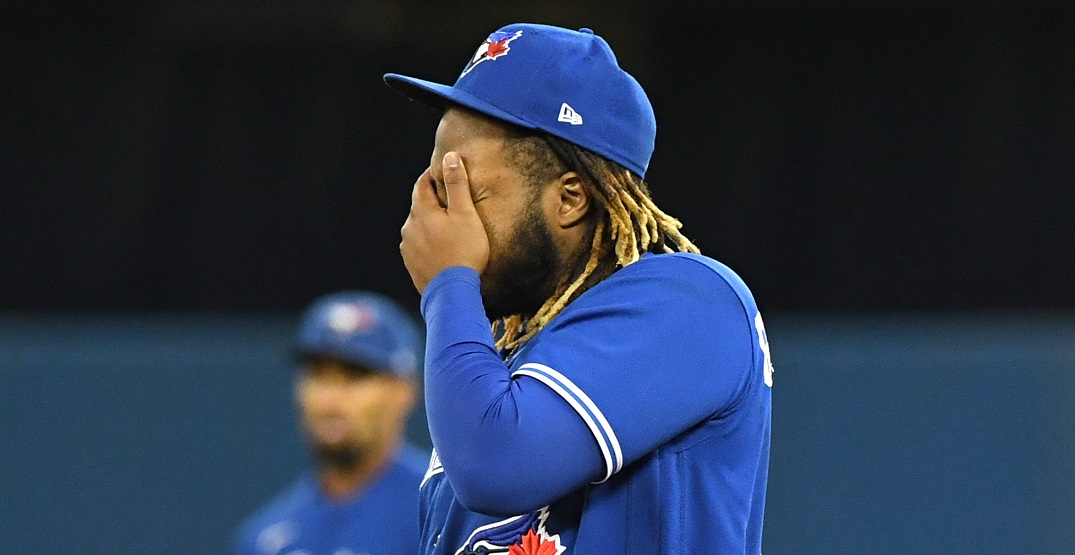 Fans of the Toronto Blue Jays had a lot to cheer about this season.

A 22-9 September and October showed how dangerous this lineup could be when they hit their stride.

The team had a fun time with the home run jacket, setting a franchise record for longballs, and hit the 90-win mark for the seventh time in franchise history. Rookie pitcher Alek Manoah came in and went 9-2 with a 3.22 ERA in his 20 starts.

The 2021 Blue Jays will be remembered as a fun, likeable, baseball team. And yet… despite all of the positives, Toronto finished fourth place in the American League East. They were a darn exciting baseball team, but they weren’t quite good enough to make the postseason in one of the deepest divisions in league history.

Toronto did what they should’ve in the final series of their season, winning all three games over the Baltimore Orioles, scoring 28 runs in the process. They pulled off a 12-4 win on Sunday, and turned to scoreboard watching to see how their fate would end up.

At 91-71, Toronto fell one game short of qualifying for an American League Wild Card game that ultimately features two of their division rivals in the New York Yankees and Boston.

The fact remains that the Blue Jays have not won a playoff game in five years. For a team that missed the playoffs from 1994-2014, that’s hardly a blip on the radar. For a roster that’s one of the most talented in all of baseball, it’s a punch to the gut, and a reminder about how cruel pro sports can be.

Sure, the team had its flaws.

Multiple injuries to big offseason signing George Springer, inconsistencies at third base and catcher, and a bullpen that had the 16th best ERA in the major leagues didn’t help the team’s postseason push.

And of course, they spent their season playing in three different home ballparks, playing games in each of Dunedin, Buffalo, and Toronto. Down years from expected contributors Hyun-Jin Ryu, Cavan Biggio, and Lourdes Gurriel Jr. didn’t help matters.

But at the end of the day, the Jays had the talent to overcome all of that. Or they should’ve, at least.

The Blue Jays had a better run differential than six of the twelve teams that made the playoffs, including both the Red Sox and Yankees.

It depends how you look at the shortened 2020 season, in which Toronto qualified for the expanded MLB playoffs but dropped two games against the AL-leading Tampa Bay Rays to be bounced almost immediately. The Jays’ postseason drought is either at one year or five, with no guarantees about how the team will perform next year.

Sure, there is a lot to like about the Jays moving forward. Springer, Hernandez, Bichette and Guerrero, should all be returning next season. Hernandez will be 29, and Springer will be 32, but Bichette (24) and Guerrero (23) are still extremely early in their MLB careers.

But as much as there’s things to look forward to, there’s just as many question marks. Will the Jays be able to convince Semien or Ray to stay? Both are set to get large free agency deals, with Toronto expected to be just one of many teams competing for their services.

With the team falling one game short, what-ifs about this season are natural. What if they’d won more than one of three games against the Yankees in their penultimate home series?

What if offseason bullpen signing Kirby Yates hadn’t needed Tommy John surgery? What if the front office had traded for a pitcher like Jose Berrios just a few weeks earlier? What if any of the Jays’ pitching prospects like Nate Pearson, Anthony Kay, or TJ Zeuch had been able to been reliable relief arms?

Asking questions ab0ut what could’ve happened or reflecting on the good things that did don’t mask the fact that there’s not much to do other than pack it up and give things another go next season.

All the positives of the year are ultimately washed out by the ugly truth that the Jays and their fans will be watching the MLB playoffs on their couches, waiting for a March 31 Opening Day to get things going once again.