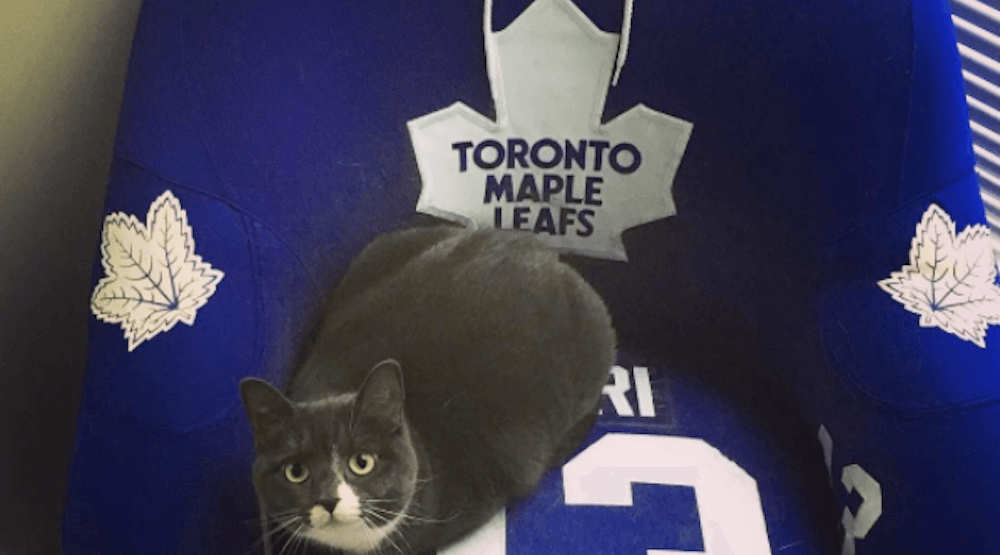 Millennials have taken over the Toronto Maple Leafs.

How do I know this?

There's a disturbing amount of cat talk in the #leafs dressing room these days.

Game day chill with my pops

Nazem Kadri’s cat has his own Instagram Page. That’s right. You can follow “Jazzy Kadri” and get updates on Nazem’s cat.

Kadri (the hockey player, not the cat) is in the middle of a career year with the Leafs, who are currently in a playoff spot. He’s already tied his career high in goals with 20, while being used in a shutdown role by head coach Mike Babcock.

But a day after scoring two goals in Toronto’s 4-0 win over the Calgary Flames, the focus after practice was on his cat.

“It’d be a good follow,” Kadri said. “If you want some entertainment go for it.”

My name is Jasmine aka Jazzy. My dad is Nazem Kadri 💙 I was abandoned but Naz rescued me! Follow me for 📸 and updates of me and the fam! 🐱 *meow*

I give you people gold & get no love. Twitter don't deserve me. I'm out ✌🏼️bout to take a fat cat nap. pic.twitter.com/ozQLeMbeOm

As does “Tempelton J Rychel”…

About to walk the carpet at the #GoldenGlobes #hollywoodheartthrob #meow pic.twitter.com/VIxrDHYGEN