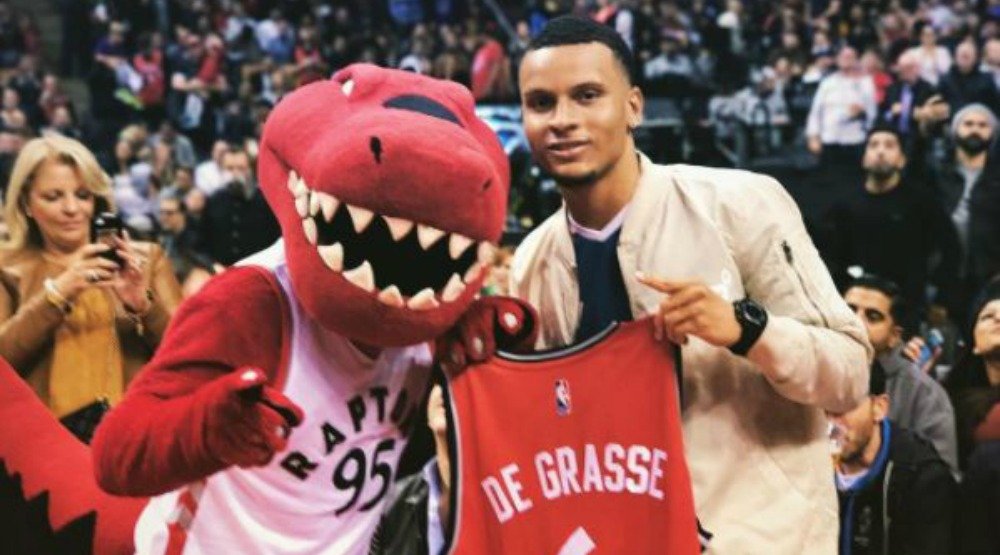 There’s no shortage of star athletes that call Toronto home. Thanks to the internet, you can live vicariously through most of them.

Toronto native Andrew Wiggins is making his name known in the NBA outside of his hometown, but he still shows love for the Six.  If you’re into the baller lifestyle, give Wiggins a follow.

Growing up just outside of Toronto, Adriana Leon has become a Canadian soccer star. Her account is a mixed combination of her hard work, sporting life, and model like photography.

Toronto-born Andre De Grasse is Canada’s best sprinter, and may soon be the best in the world. Follow his Instagram and you’ll be whisked away to different parts of the world as he competes on the track.

They call me zlatan

By the looks of William Nylander’s Instagram, he looks like he’s a chill dude to hang out with. The Toronto Maple Leafs centre gives you a glimpse of his fun lifestyle with posts of his friends, and family.

If you need some motivation to get out there and exercise, look no further then Ontario’s Melissa Bishop. The Olympic 800 meter runner will take you behind the scenes of her daily training, and shows you how all the hard work pays off.

Toronto Blue Jays centre fielder Kevin Pillar loves to show off his day-to-day life. His Instagram shows how he’s embraced Toronto as his home away from home.

🏒🍁Selfie! A whole lot of Canadian Pride in this picture, and we’re ready for game 1 tomorrow!! @hockeycanada #Canadaaaa #worlds 🇨🇦

Playing hockey in the city she grew up in, Natalie Spooner of Team Canada and the Toronto Furies, is an Instagram pro. Her account is filled with nearly 700 posts of her hockey adventures combined with personal photos showing off an exciting life.

Back at it #hotlinebling by the homie @champagnepapi

Cory Joseph is Toronto born and raised, and lucky enough to be playing for his hometown team, the Toronto Raptors. Follow him for a snippet of his personal life and learn fashion tips from his fresh sense of style.

Jonathan Osorio is another Toronto native who plays soccer for his hometown team, Toronto FC. The midfielder enjoys showing off his love for all things Toronto.

Morgan Smith fills his account with videos of him shredding the streets of Toronto, along with photos of his worldly travels. The pro skater has an eye for ascetics too, recently finding beauty in puddle reflections.